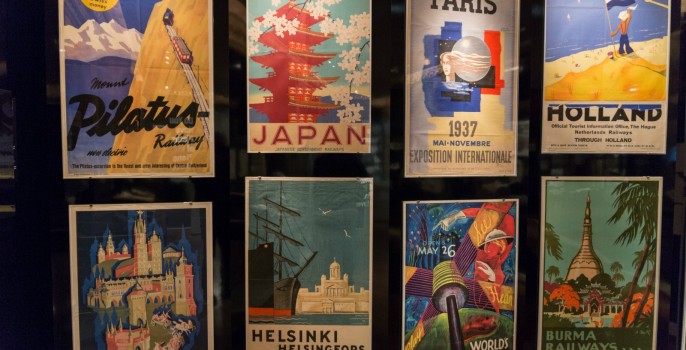 on February 15 | in Culture, Vintage | by Boo Paterson | with No Comments

A treasure trove of images used by Andy Warhol is celebrating its centenary by exhibiting everything from vintage travel posters to circus costume designs.

The Picture Collection at The New York Public Library has nearly 1.5 million images, and comprises more than 1,500 feet of physical materials, which is higher than the Empire State Building. 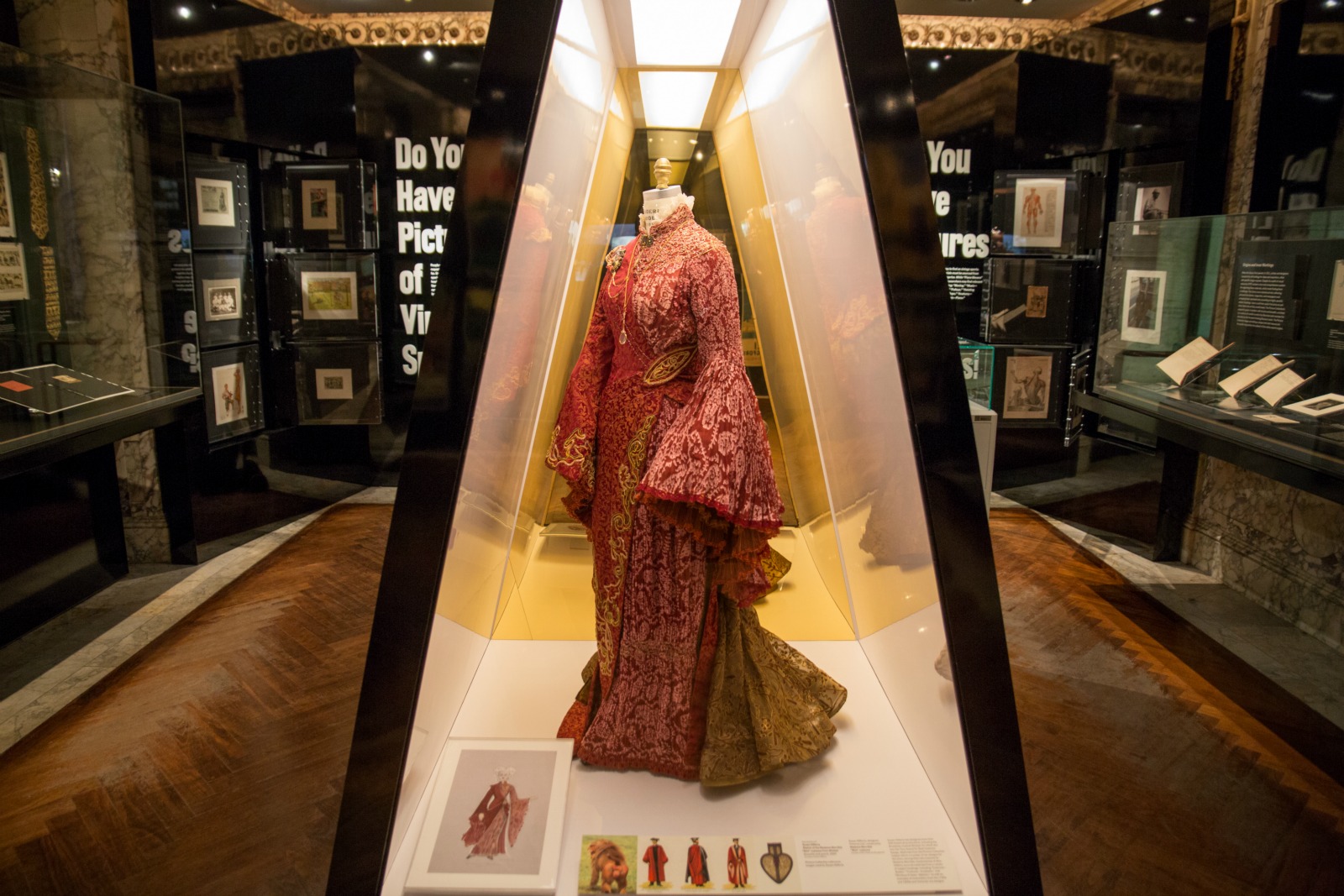 INTRICATE…costume from Wicked at the exhibition ©NYPL

Now the show From Abacus to Zoology is highlighting some of these images, including works by some of the Picture Collection’s most devoted users – including Warhol – such as artists Taryn Simon, Joseph Cornell, and Diego Rivera, as well as photographers Walker Evans, and Dorothea Lange.

Curator Billy Parrott said: “It is safe to say that prior to the internet every single working artist and designer in New York City used the collection. This is how Warhol found out about it. 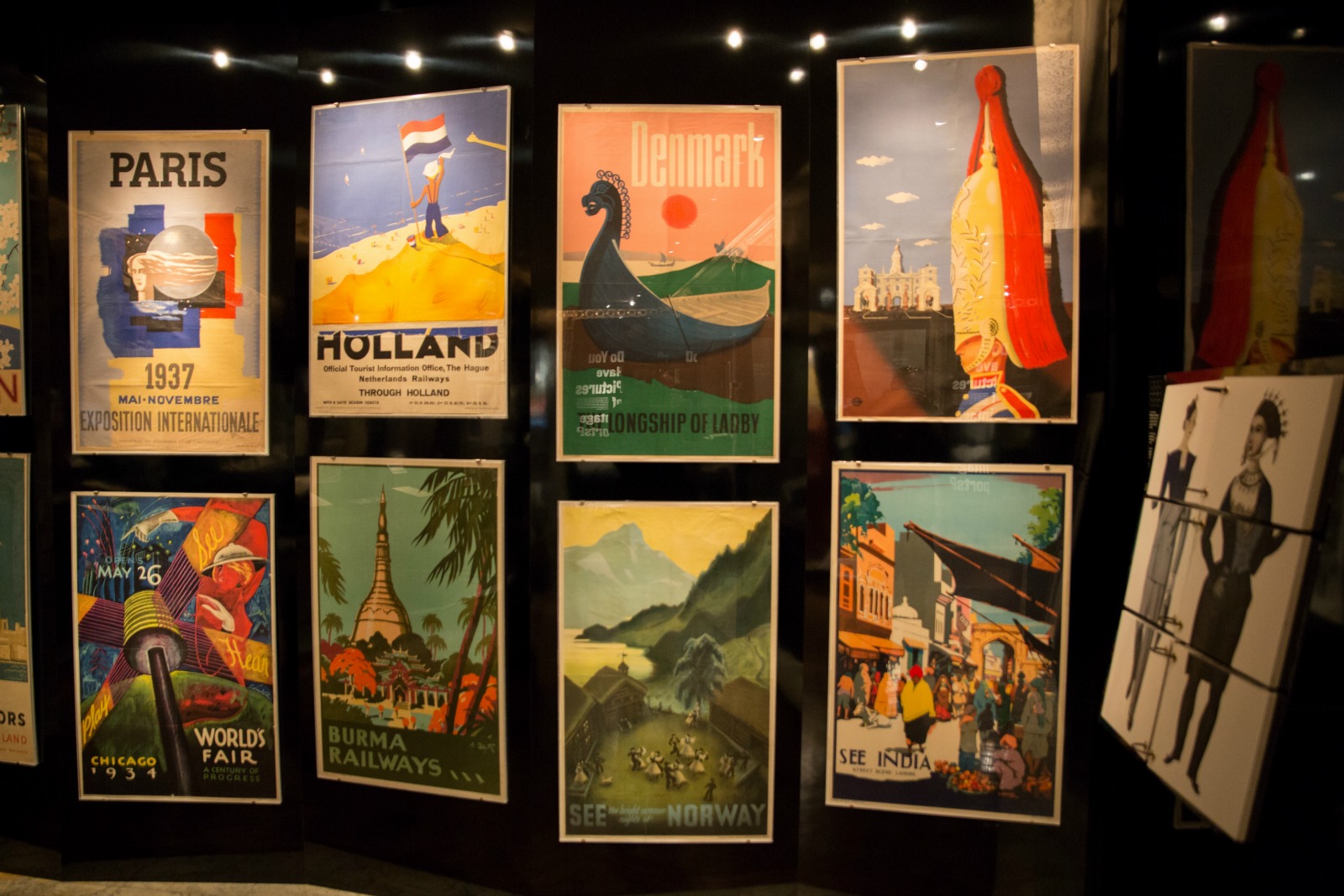 “Around 1953 Warhol met an NYPL staff member named Carl Willers, who became his first lover.  From his work on department store window displays, to illustration and design, to fine art, Warhol continued to find inspiration in the collection.

“Today the collection continues to be used heavily used by artists and designers.”

Highlights of the exhibition include the burgundy “Shiz” costume for Madame Morrible from Wicked, Chrysler Building-inspired costume designs for the circus, and a display of brightly colored classic travel posters. 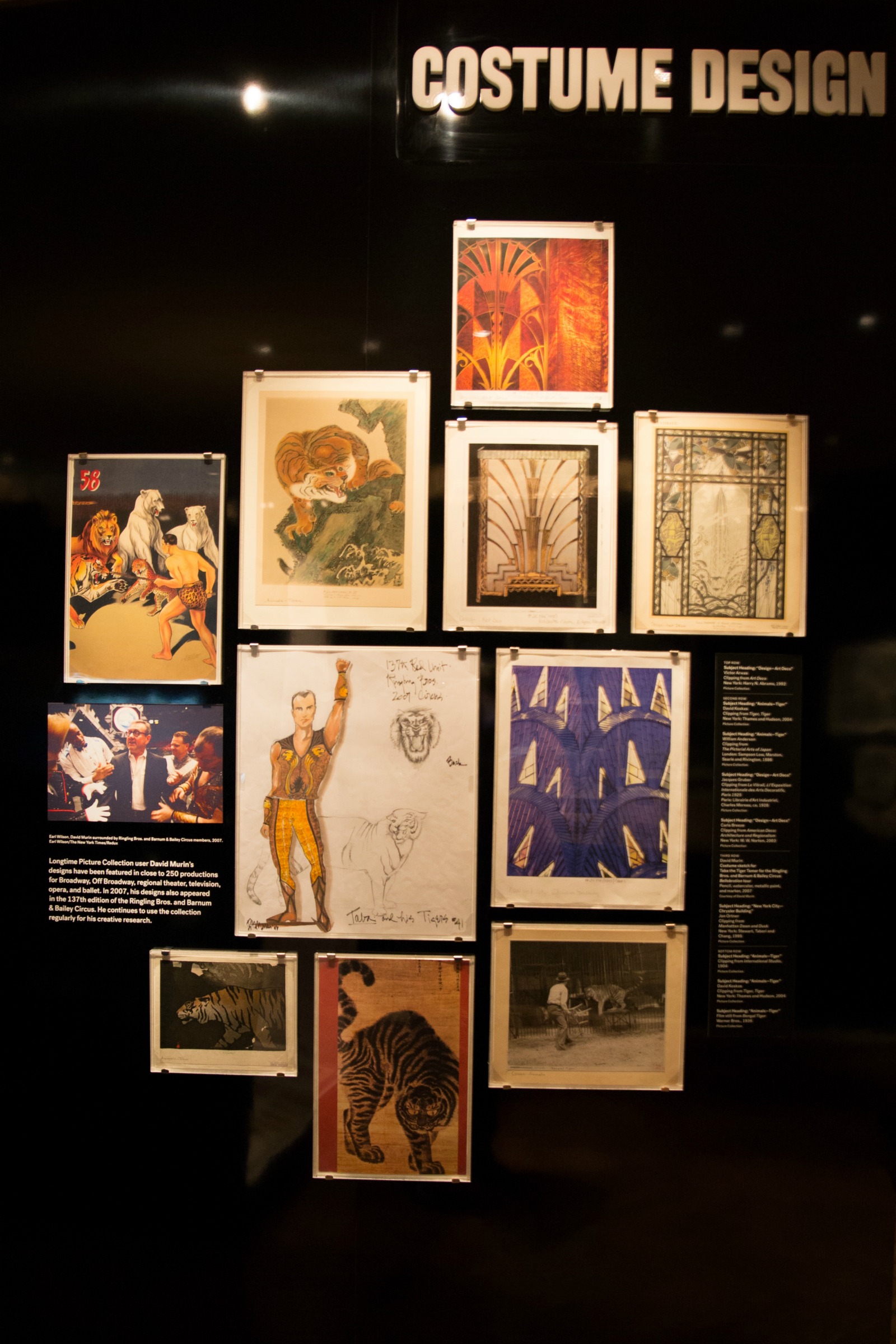 Parrott said: “We have hundreds of posters in the collection and many were donated by the artists and designers who worked on them. In the past, we even circulated framed artwork that patrons could check out to decorate their homes.”

The exhibition also explores the breadth of the collection, which include more than 300 different categories for New York City alone, and how these images have documented cultural trends, geographical locations, fashion, stardom, and more. 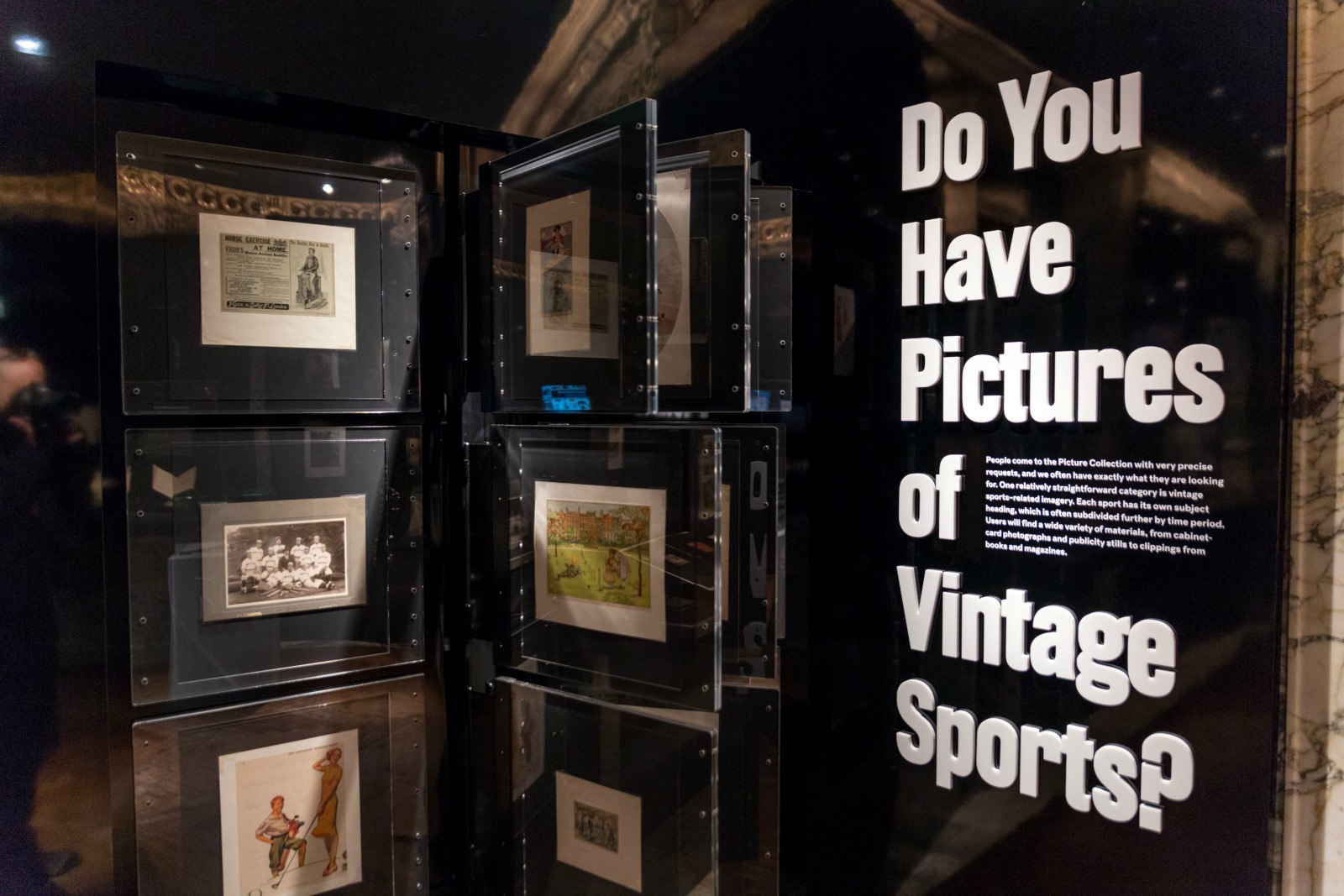 HISTORY…vintage sports are featured in the show ©NYPL

“New York City is arguably the largest producer and consumer of the arts in the world, and the Picture Collection has been an integral part of that production and consumption for over a century,” Parrott added.

*The exhibition is free and runs until May 15, 2016, at the Stephen A. Schwarzman Building’s Sue and Edgar Wachenheim III Gallery.