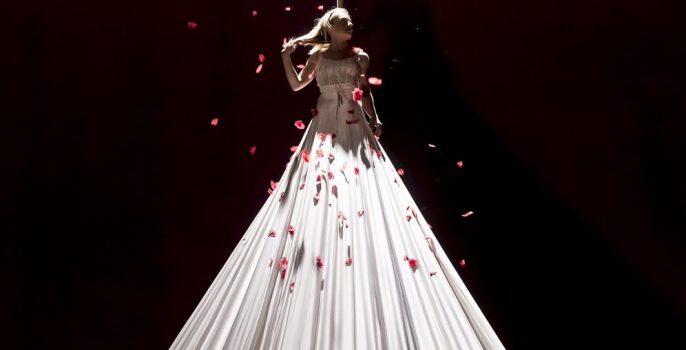 on May 25 | in Culture, Vintage | by Boo Paterson | with No Comments

Bianco circus by NoFit State is like no other, with steampunk styling, dangerous 35ft drops without safety nets – and not a clown in sight. 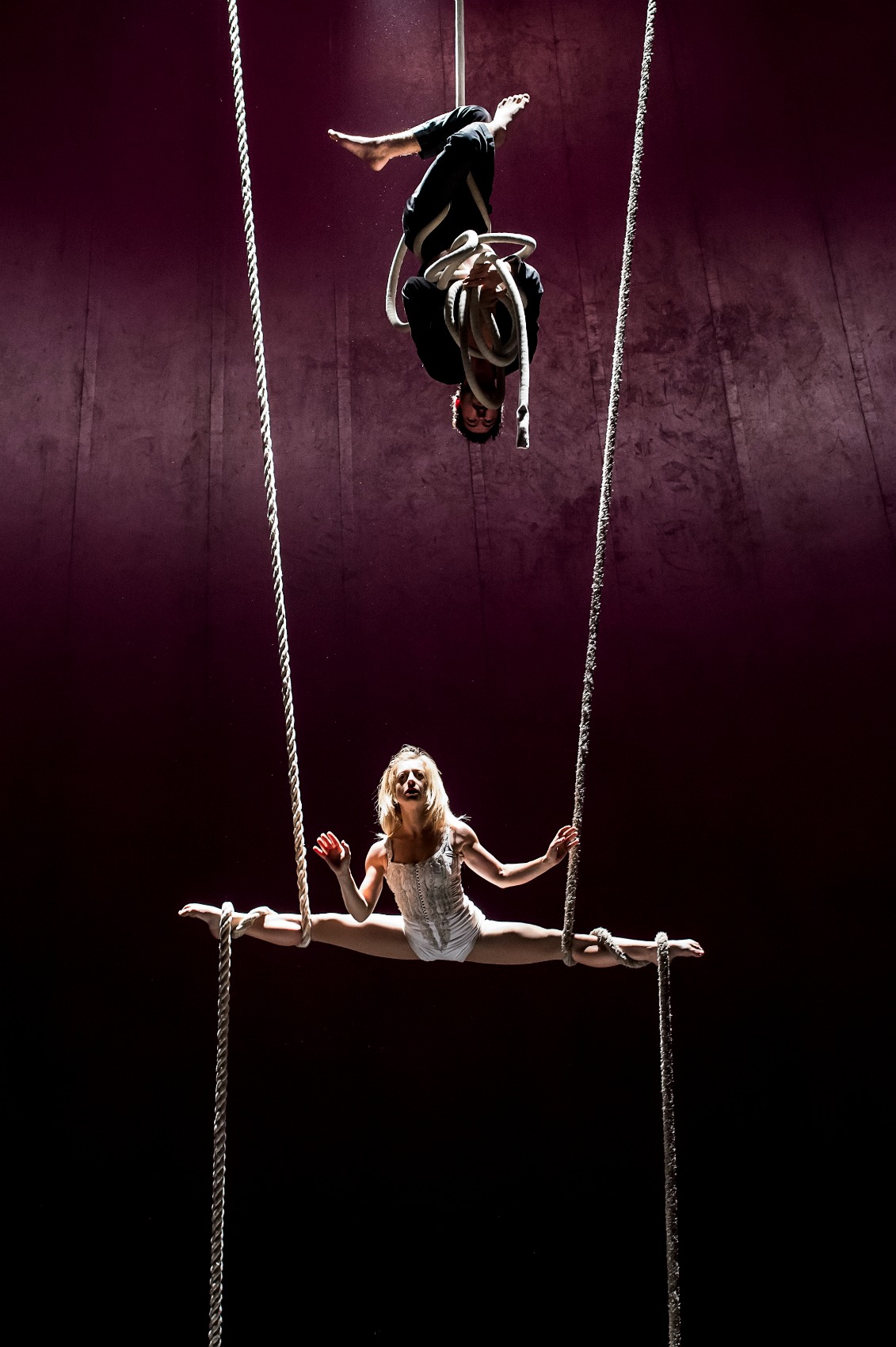 Corseted ringmasters holler as they herd the audience, while the performers lock and unlock trusses to create amazing new sets before your eyes, such as an hexagonal ‘swimming pool’ as big as a house.

From this, the artists dive and scream and throw beach balls. You’re there: it’s a hedonistic pool party that you wish you could jump in to.

NoFit State is the UK’s leading large-scale contemporary circus troupe and, in keeping with that status, many of the stunts are aided by Mad Max-styled human counterweights lurking on the trusses holding up the big top. Crawling up 42ft to the canvas or diving to the floor, they allow the stars to perform their hair-raising circus ballet.

But trapeze artist Delia Ceruti is unfazed by the danger. She said: “I don’t feel scared most of the time. I have dedicated the past five years to very intense training. 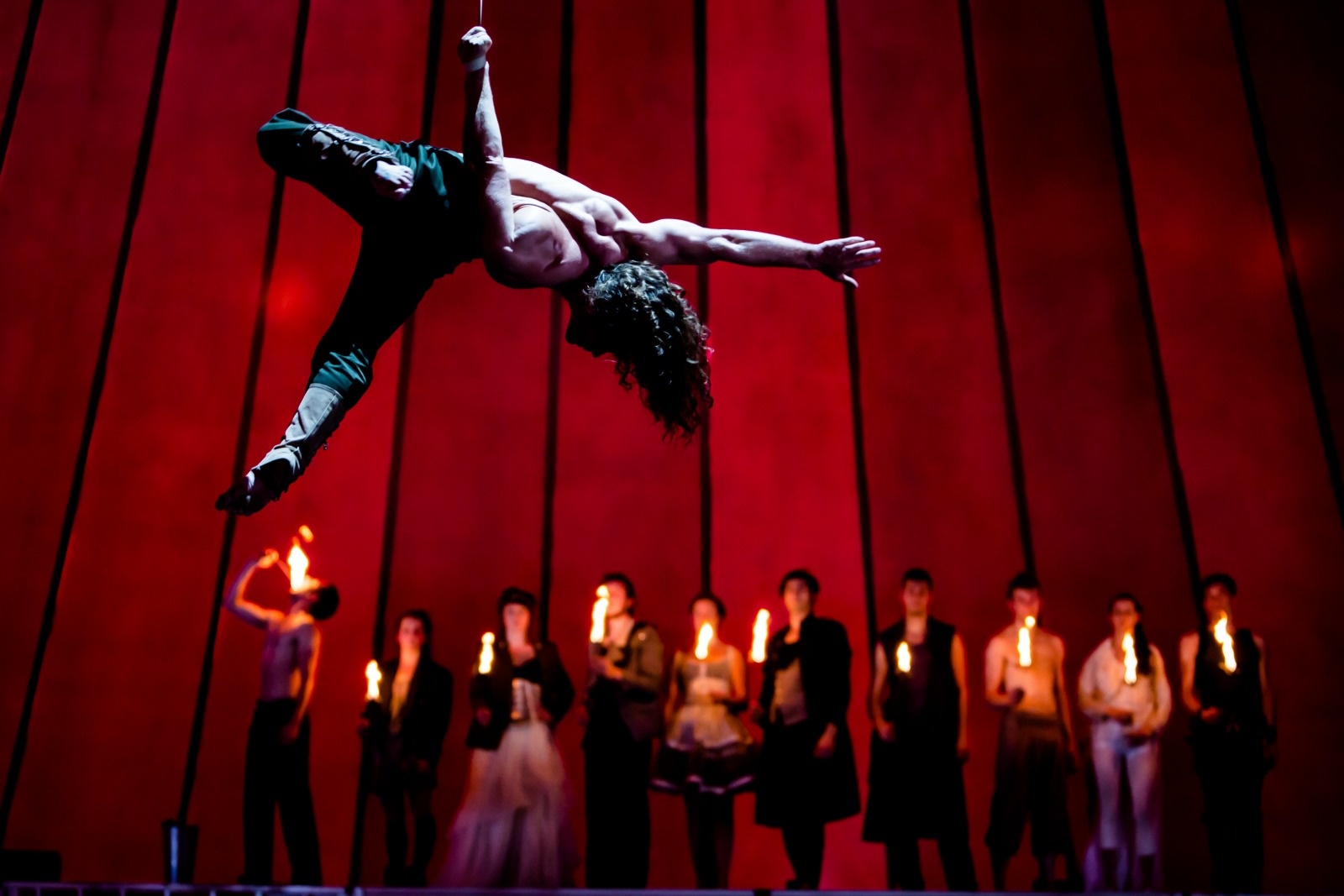 “The reality of what I do is that on the one side, if I let go of the rope, I can fall 35 feet without any safety. On the other side, the adrenaline of being on stage, the focus I put in my performance and the training behind it, all put me in a safe place.

“What keeps us safe is training, a solid mental state and good physical condition, as well as the rigorous checks of the equipment and quality of the rigging.” 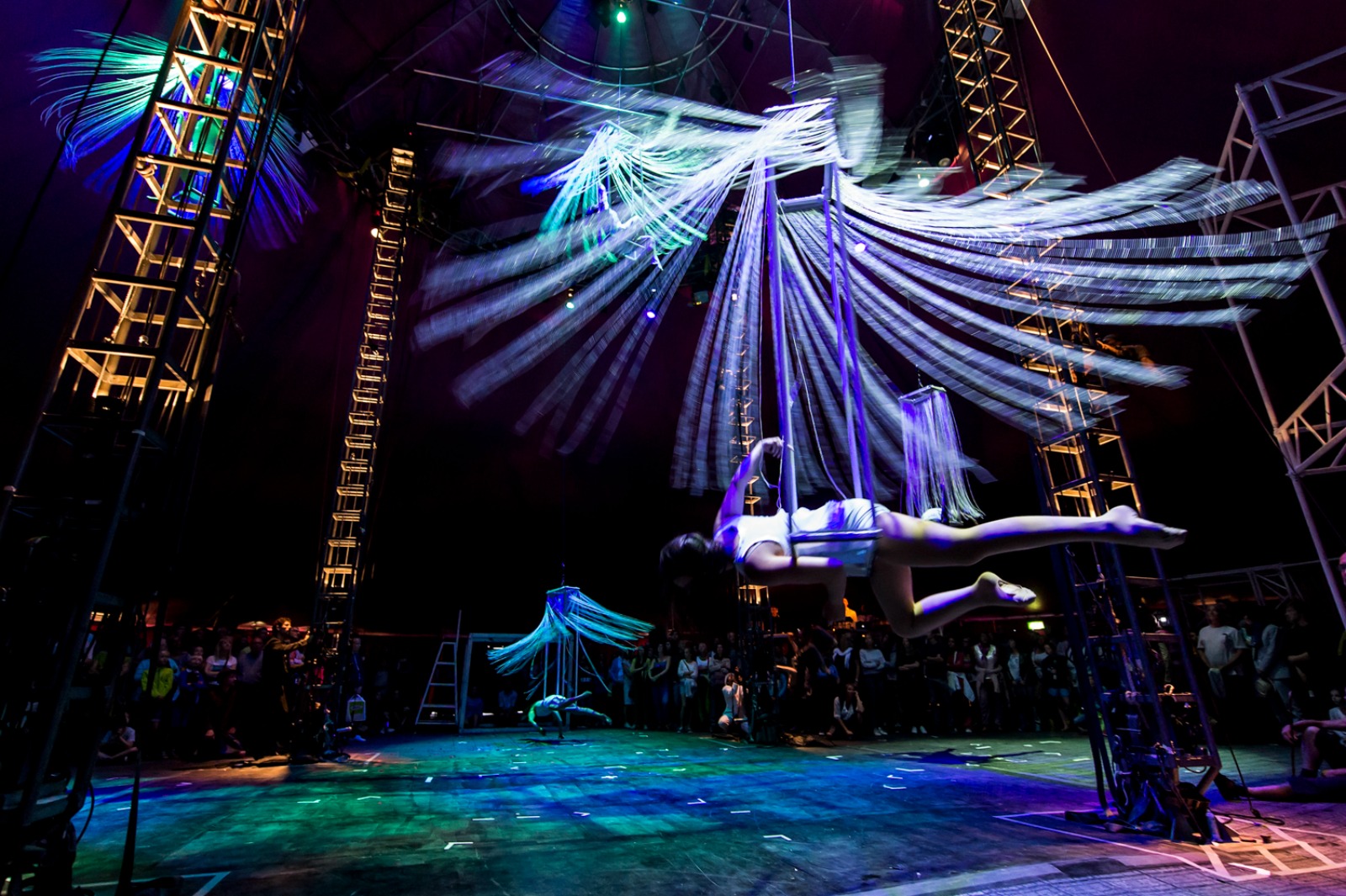 The show is held in a big top under the Brooklyn Bridge, in the backyard of St Ann’s Warehouse. And in true circus tradition, everyone in the company builds the tent and lives on-site.

“What is different with NoFIt State is that we are all involved in so much more than what the audience gets to see,” Delia explains.

“From the driving of our own living vehicles to unloading lorries, putting up the big top, participating in the promotion of the show and preparing the stage.

“It is all of this that makes it more physically intense but also what gives the show its spirit and soul, the collective effort that is at the heart of the artistic work.”

*Bianco circus runs until May 29 at St Ann’s Warehouse. Tickets from www.stannswarehouse.org. 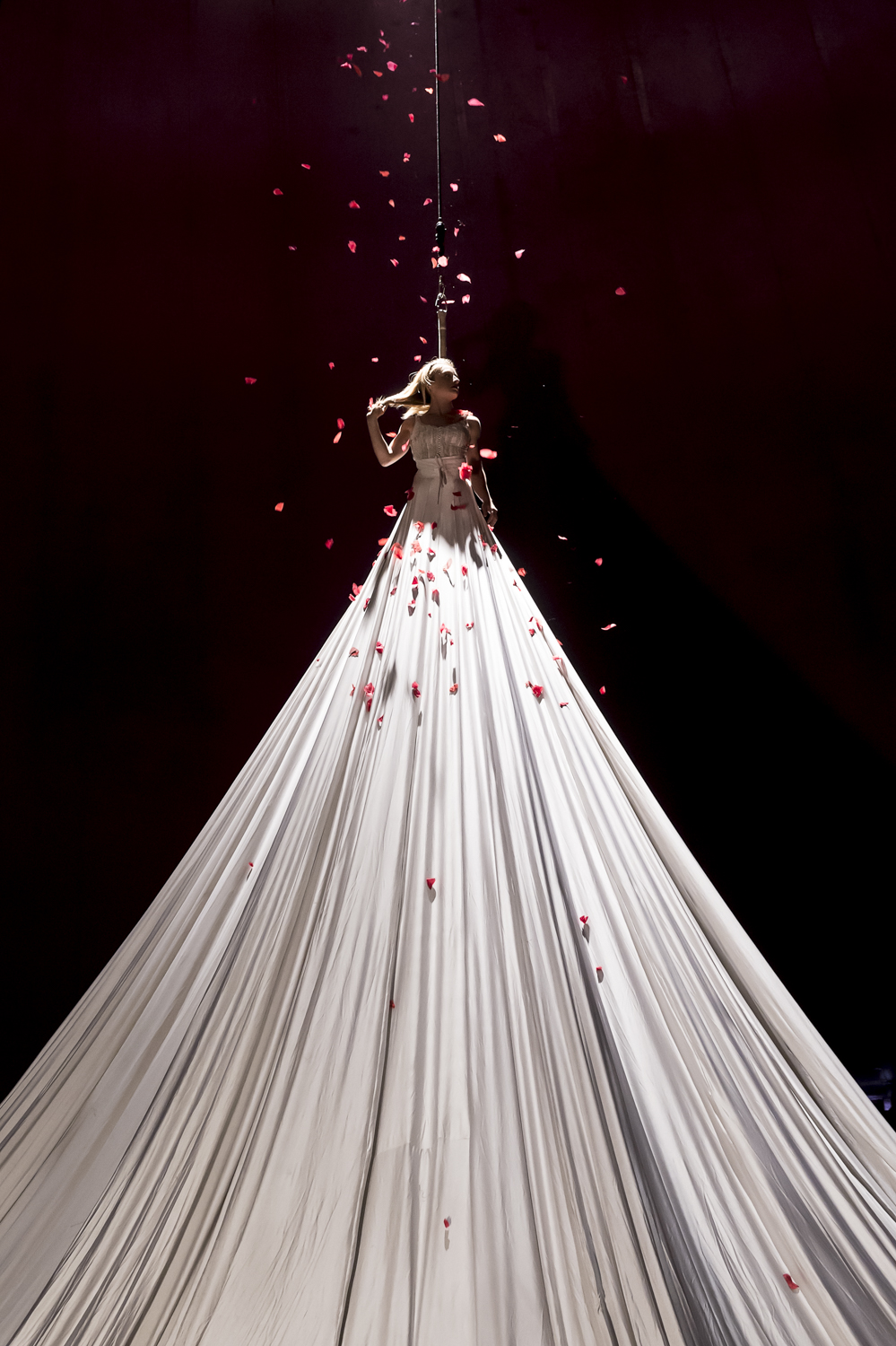