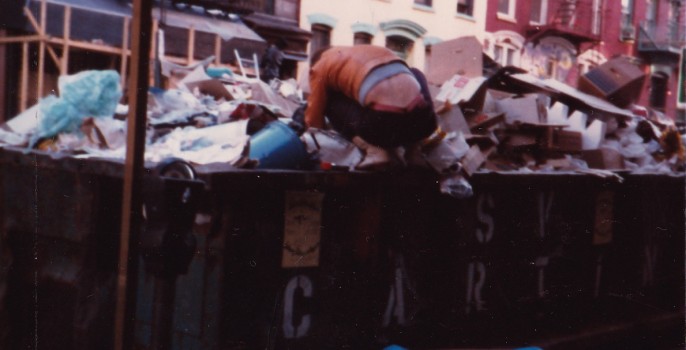 You probably know the East Village as a place of sidewalk cafes on leafy streets – but just 30 years ago it was lousy with crack addicts.

Illustrator Joanne DiMauro – who has lived in her fourth-floor apartment on East 10th since 1981 – said “one day I counted 35 druggies just on my block alone”. 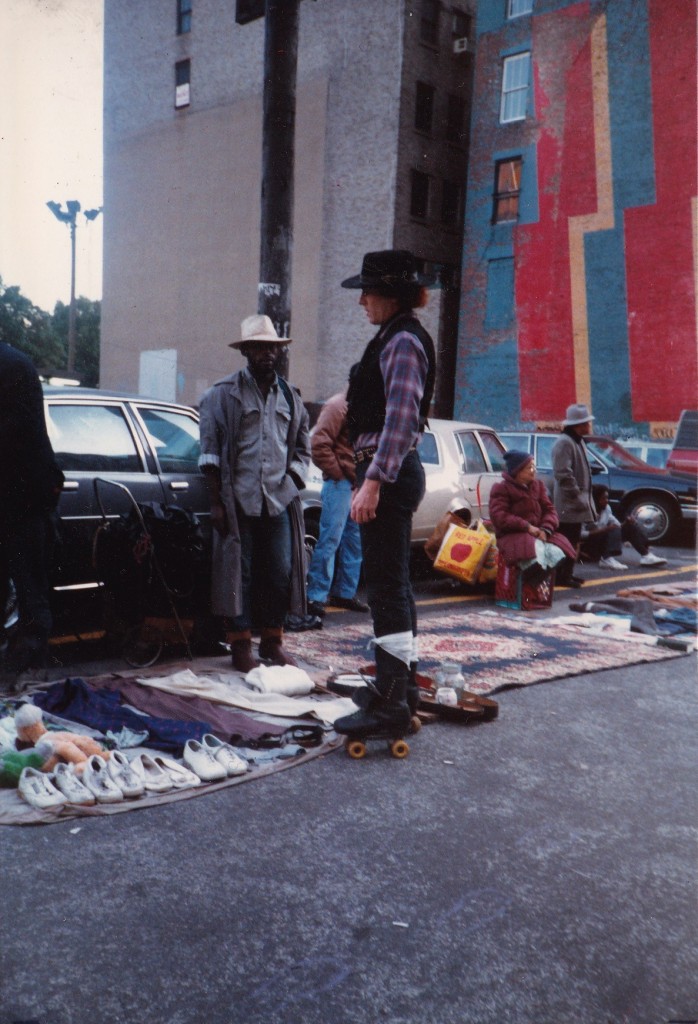 Joanne explained: “In the early 80s, it was fine – the neighborhood consisted of Polish elderly people and Puerto Rican families with few white young people like myself living a peaceful existence.

“But things changed dramatically when crack cocaine hit New York in 1984, and the son from one of the families in the building became a dealer.

“I would have to climb the steps to my apartment and pass him and his friends doing crack daily. During this time, if I had any friends who wanted to visit me, female or male, I would have to go downstairs and escort them from the door to my apartment up because were so frightened to pass the addicts lying around smoking crack on the stairs. 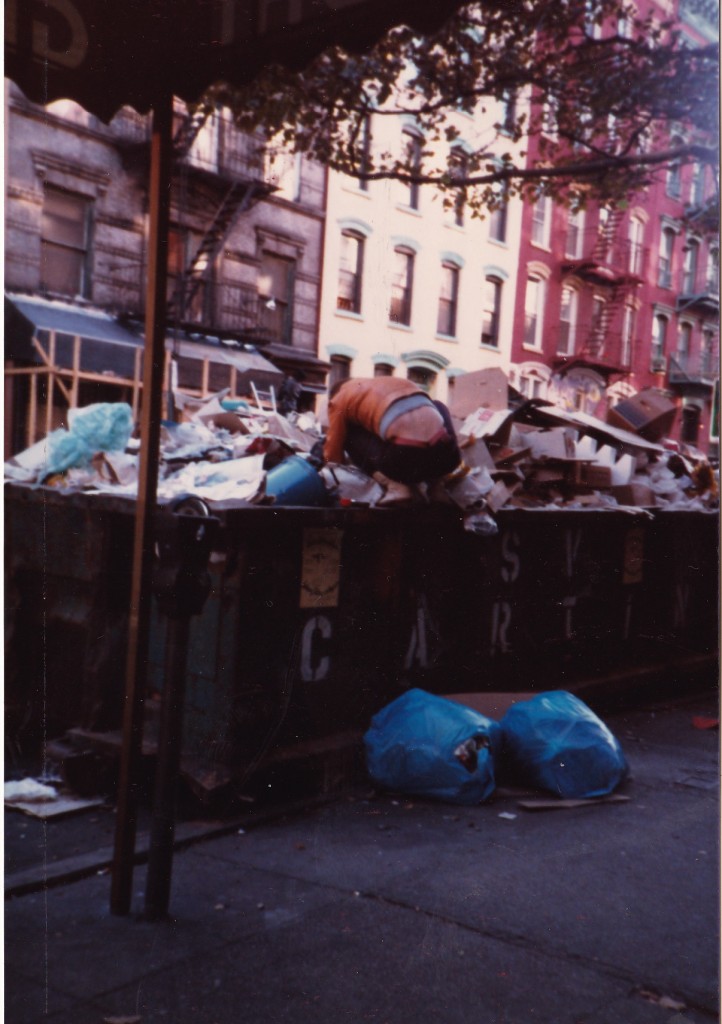 “We couldn’t even get our mail delivered because they would break the mailboxes and store their drugs in them so if any cops came around, it wouldn’t be on them.”

Joanne’s building has 20 apartments in it, but due to the problems with addicts and homeless people in the stairwell, only five homes were let, including her own.

She said: “Most of these vacant apartments were broken into and druggies would hold parties throughout the night. We also had our share of homeless people living in the hallways. 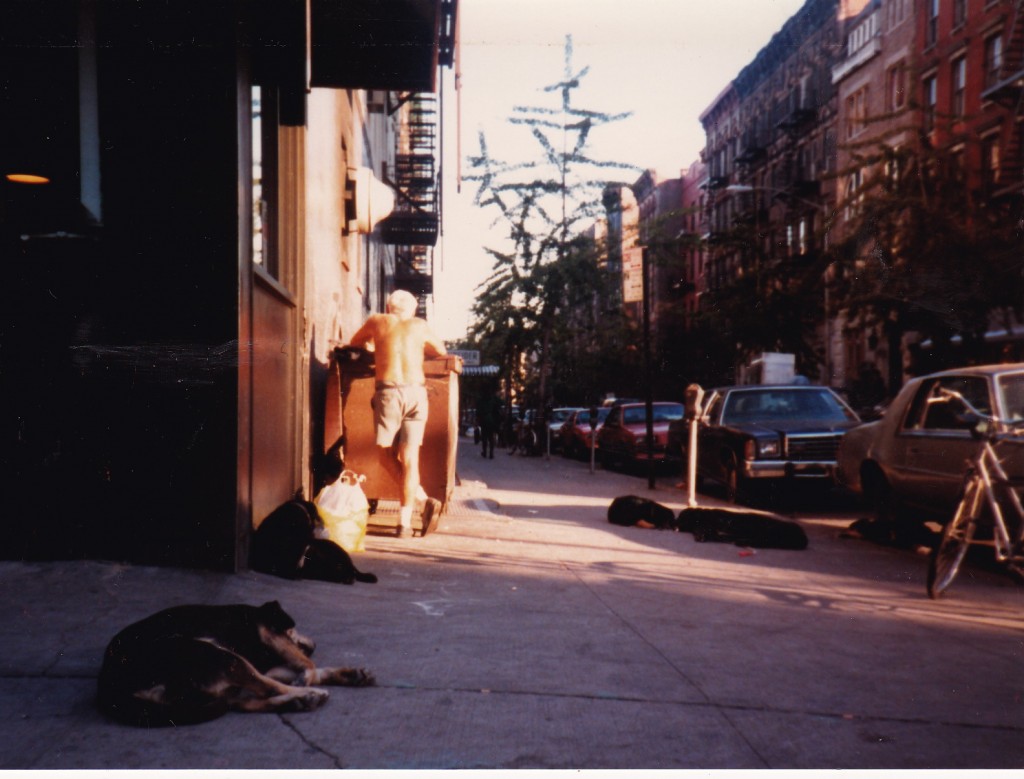 “There was this one young, crazy guy who would sleep outside my door and he would smell so bad that it penetrated the apartment.

“I gave him a new shirt once, but my husband and I actually thought about giving him rat poison because that’s how often we opened our door to be greeted by him sleeping on the floor. Eventually, I started throwing a bucket of water outside my door so he wouldn’t be able to sleep there.

“There was also a bag lady that lived in my building, who was completely bent over so I could never see her face. She would sit, eat and sleep in a chair on the narrow first-floor hallway that led to a Puerto Rican’s apartment. The lady lived in that chair for years and would wear big plastic garbage bags to keep her warm since there was no heat in the building for years.” 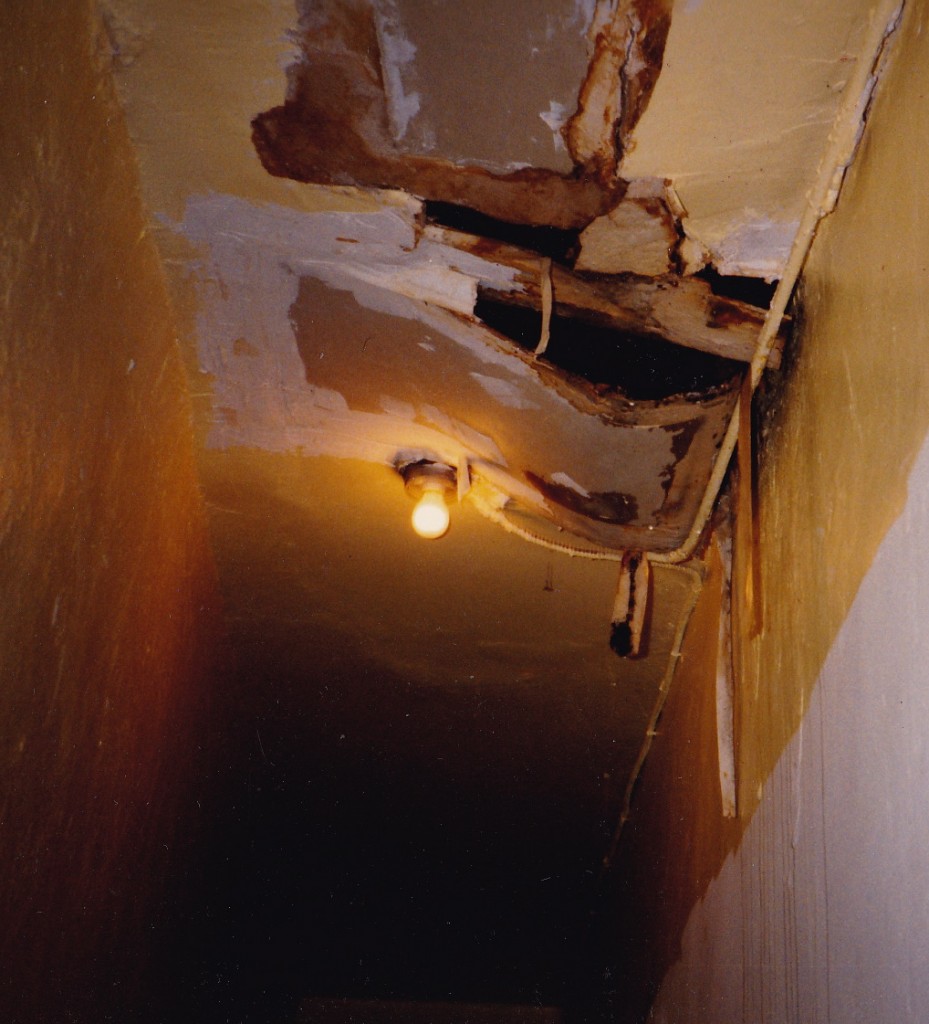 DERELICT…building faults, like this disintegrating hallway ceiling, were a common sight in Joanne’s tenement in the 80s

Many of the buildings in the East Village were owned by slum landlords, who only bought apartment blocks so they could sell them on quickly and make a small profit, meaning they never repaired or maintained the buildings. In Joanne’s tenement alone, there were huge holes in the ceilings, broken windows, no stair lighting, no working power sockets, and no heating.

Joanne had seven different landlords in the 80s and, after enduring such appalling living conditions for several years, she and three of her four neighbors decided to go on rent strike.

She said: “The family whose son was a crack dealer chose not to strike, but once we filed the papers necessary, we had to go as a group to court when the date came up. We all wore red T-shirts to be noticed and the judge took a special interest in our case, stating that he wanted to come to our building since he had heard about the problems happening on our block.” 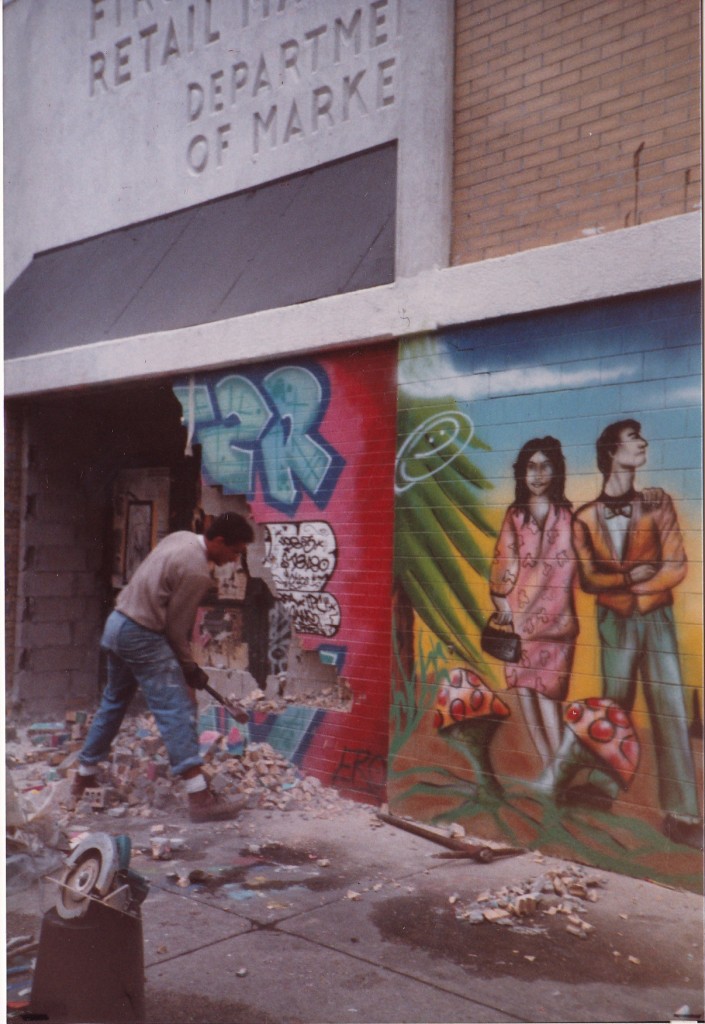 Thanks to the judge’s insistence, all the parties concerned – neighbors, landlord and judge – immediately left the court to catch taxis and trains, before reconvening outside Joanne’s building on East 10th, to see if it really was as bad as had been made out.

Joanne explained:  “As we entered the apartment building that unmistakable smell of crack hit us full force and, there, lying on the stairs, were the usual gathering of the crack addicts. The judge stepped over them and entered each of our apartments writing down every violation as he went along.

“We all won our case, no rent was paid and a 24-hour police patrol began the very next day on the block for months until there were no druggies left.” 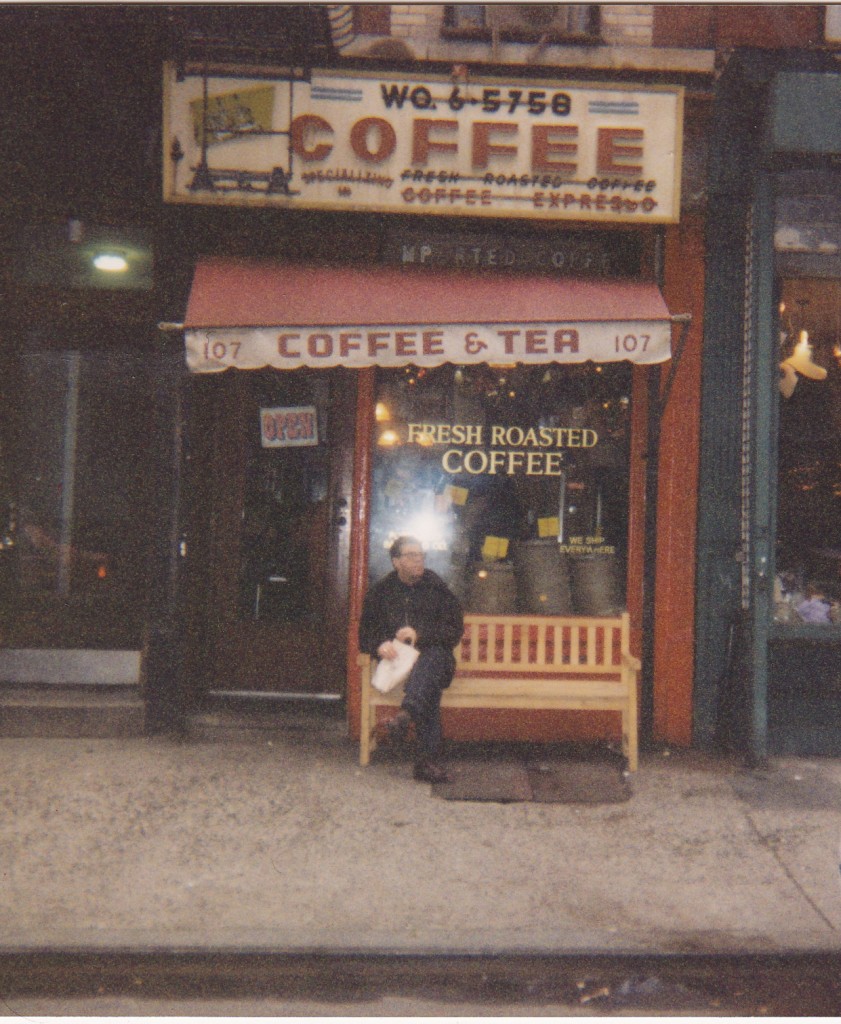 These days, Joanne lives a quiet life painting and creating children’s books, in a neighborhood that was once so dangerous. She added: “There are no elements of the 80s that I miss. The area was dirty, dangerous and filled with drug dealers and thieves. Boomboxes played Latin music loudly on every corner, there were hardly any good restaurants, and no college students at all.

“Even before the crack addicts came, you could even buy weed right downstairs in our apartment building on the ground floor, from a place known as The Blue Door. You would enter this empty room and in the far left corner was a small opening where you had to slide a $5 bill into the slot to receive a nickel bag. Oh the good old days!”

You can click here to see Joanne’s paintings and books.

All photos by Joanne DiMauro