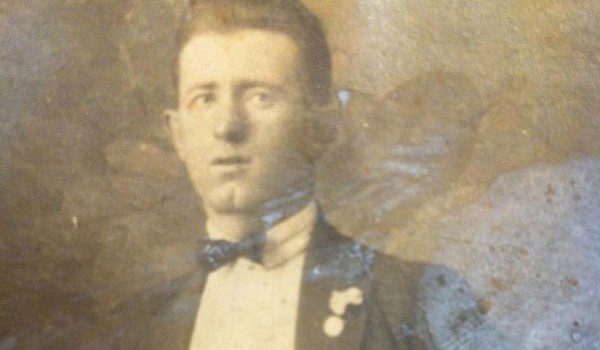 on April 2 | in About, Culture, Vintage | by Boo Paterson | with No Comments

The grandaughter of a speakeasy owner who was murdered during Prohibition has told how his death has had devastating repercussions down three generations of her family.

Tragic Italian immigrant Frank Spano, 43, was shot in front of his horrified young son when he went to collect a debt in Manhattan – just a few hours before his daughter was born.

His grandaughter, artist and author Cynthia von Buhler, knew from a very early age that Frank had been killed in 1935, but no one in her family would talk about it. This silence ultimately led her to research his violent end and create astonishing dollhouse artworks of the murder, as well as a much-lauded immersive play. 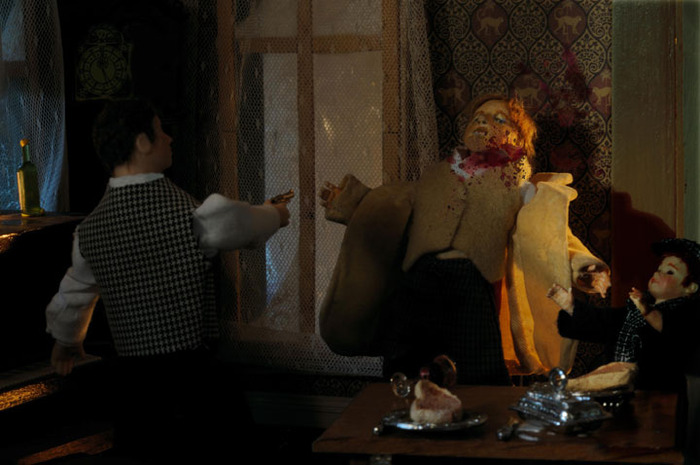 MURDER….diorama where Frank Spano is killed in front of his young son Dominick

Cynthia said: “I began researching his murder in 2011, and ordered autopsy and court records, and read numerous books. I stalked mobsters and interviewed relatives of the killer and my own family. I now have a better picture of what really happened.

“My grandfather ran two speakeasies in the Belmont neighborhood of the Bronx; one was a bakery, the other was a club. My grandmother, Mary, used to make bootleg liquor in the bathtub of their tiny apartment and carried a gun to protect herself. The infamous mobster Dutch Schultz also had a speakeasy on Belmont Avenue, not far from my grandfather’s.

“My mother always said that Frank – who also ran an ice delivery business – was going to collect a debt and was shot outside an apartment on East 48th as he took off his coat. His arms were in his coat sleeves, so he couldn’t defend himself. His son Dominick, who was around 13 years old, was with him when it happened. That was all she knew.” 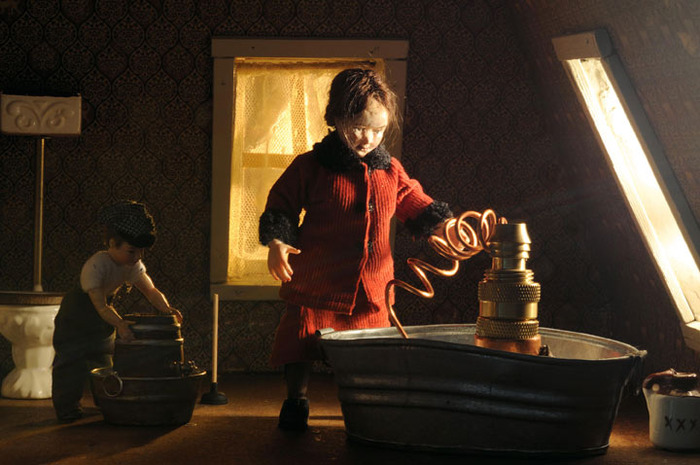 When a pregnant Mary found out Frank been killed, she collapsed and blacked out. Then, as the coffin was being brought into the apartment, one of the men carrying it tripped and fell, dropping the coffin, which woke Mary and put her into labour.

Cynthia said: “Frank was laid out in an open casket in the living room, then my mother was born in the bedroom next to it.”

Though the shooter was caught, the case was inexplicably dismissed, leaving the question of a motive forever unanswered. This just added to the misery for Frank’s family, who were left almost destitute following his death. 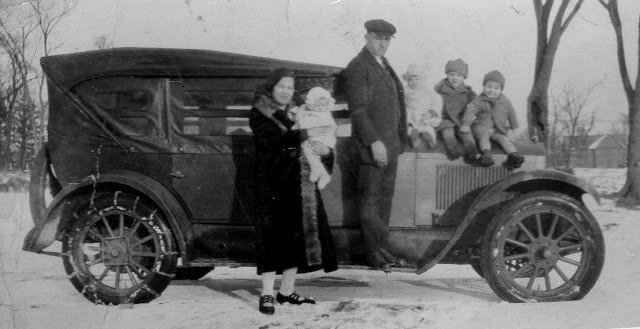 UNDER COVER…Frank and family with his ice truck, bringing bootleg liquor back from Canada

Cynthia explained: “Without a father to provide for them, my mother and her siblings were brought up in extreme poverty by my traumatized grandmother. I believe that the violent murder of my grandfather has left behind a legacy of fear that has trickled down through the generations. I call my mother “The Prophet of Doom”, as she always thinks the worst will happen.

And, though she never met him, Frank’s murder has had a severe effect on Cynthia too, leaving her with an anxiety disorder. She said: “I suffered from agoraphobia as a teenager. My therapist says that I’m not afraid of things, I’m afraid of people. I always tend to think the worst will happen  — just like my mother and her mother before her. However, by researching, uncovering and staging the play I have overcome my own fears. I also feel closer to the grandfather I never knew.”

Before she wrote the play, Cynthia spent two years building an elaborate dollhouse diorama in which to recreate the crime scene, after she was inspired by a 1940s investigative technique called “nutshell studies”, which were created by the founder of Harvard’s Department of Legal Medicine, Frances Glessner Lee.

Cynthia said: “I first heard of Lee in 2009, when there was an exhibit of photos of them in New York City.  They struck a chord with me immediately. I have been making dollhouse sets since I was a child, and I made two children’s books with them, but when I saw her nutshell studies I knew I had found a kindred spirit.” 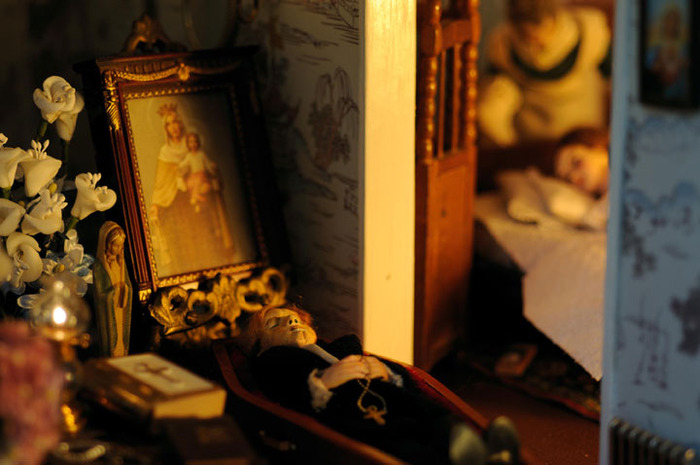 Cynthia then brought her miniature set to life in Speakeasy Dollhouse for a one-off performance that was so successful it has now been running consistently for two-and-a-half years.

The audiences are given evidence of the murder beforehand, then asked to arrive at the hidden entrance of the opulent Back Room speakeasy in the Lower East Side, which was frequented by Al Capone, Lucky Luciano and Meyer Lansky in the 20s.

Once inside, they can view Cynthia’s original diorama, drink gin from coffee cups, play cards with gangsters, watch burlesque performances – and witness a shooting, funeral, murder investigation, and trial, before finding out who killed Frank. 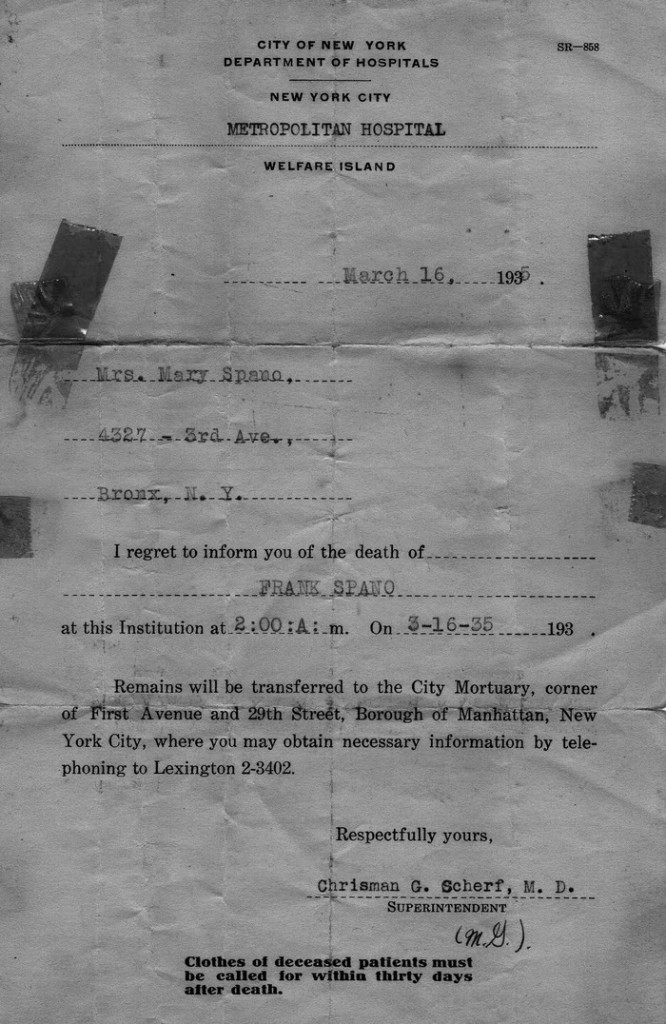 Cynthia said: “As they enter, a fortune teller reads their palm and gives them a small piece of paper with their task or role.  They make up their own lines based on the information they receive. There is no line between actors and audience in the show. They are encouraged to ‘ignore the advice their parents gave them as children – be nosy and talk to strangers’.”

“The audience not only follows the actors, they interact and talk with them. Every audience member is given a role or task when they enter the Speakeasy Dollhouse. For example, an audience member is a midwife and helps Mary Spano give birth. These types of interactions occur throughout the whole play.

Even stars have been seduced by Cynthia’s macabre play, with best-selling author Neil Gaiman and performer Amanda Palmer attending one of the shows.

Cynthia said: “Amanda sang Makin’ Whoopie and Neil was the undertaker. He didn’t need to change his clothes for his role, as he always wears black. Without hesitation, Amanda jumped in to put pressure on Frank Spano’s neck wound when he was shot. She is the type of person you want around if you are in trouble. 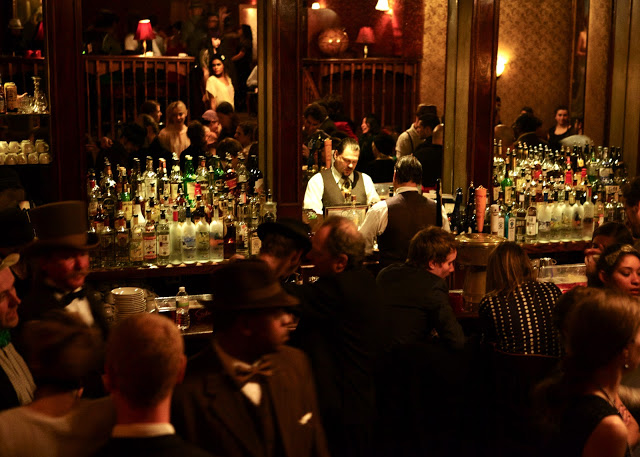 And Cynthia feels that the play has helped her family has come to know Frank much better, as well as break their silence over his death.

She said: “During the show we recreate his life, and death, from 1933-1935.  My mother was against it at first. She told me that everyone was dead and that there was nothing to find out. Now that I have uncovered so much she has been to see it three times and is enthralled by it.

“Personally, I’m not looking for closure — I’m looking for the opposite. I want to know who he was.  I want to tell his story. For years nobody mentioned him and I don’t think that was fair.  My grandmother was silent on the matter and the family never discussed it. I always thought he was in the mafia. Now I know that it was quite the opposite — he was fighting to keep himself separate from the mafia.”

*Speakeasy Dollhouse is performed weekly on Saturdays at 5pm at The Back Room, 102 Norfolk St, at Delancey. Tickets, which start at $55, are available in advance only from 1-800-838-3006 or brownpapertickets.com. To WIN a pair of tickets, go to the ‘Win’ section of the menu bar and click on the Speakeasy Dollhouse story.

*A new chapter of Speakeasy Dollhouse, The Brothers Booth, is performed monthly on the first Saturday of every month at The Players Club, 16 Gramercy Park South.

*Cynthia von Buhler’s beautifully illustrated dollhouse children’s books, But Who Will Bell The Cats and The Cat Who Wouldn’t Come Inside are for sale through these links and you can view all of her artwork at www.cynthiavonbuhler.com