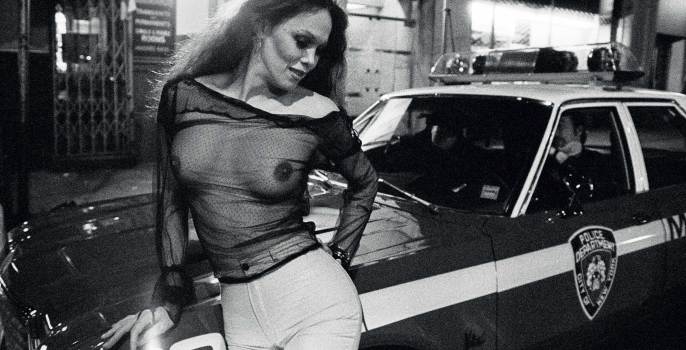 on October 13 | in Culture, Vintage | by Boo Paterson | with No Comments

Legendary photojournalist Jean-Pierre Laffont captured the changing times of New York; covering everything from free love to the grim and gritty 70s.

His photographs always seem to tell more than one story. In one, the Twin Towers soar optimistically over two homeless men sitting next to a freeway pocked-marked with trash. But it was shot in the 70s, when The World Trade Center lay virtually empty, as the city was nearly bankrupt.

Another shows a prostitute – her breasts exposed – posing flirtatiously with a police car, at a time when the cops barely had a grip on the huge surge in crime around Times Square.

New York’s poverty is laid bare. In the Bronx in 1966, he shoots kids playing on an abandoned Plymouth Savoy – its battered tail fins and graffitied 50s bodywork a symbol that post-war prosperity is fading; and later, in 1972, he immortalizes members of the street gang Savage Skulls in the same borough, posing against a ballpark fence as if in West Side Story.

Born in Algeria in 1935, Laffont first traveled to America in the 60s with wife Eliane, where they opened Gamma Press Images agency.

“I covered America’s transformational era – the Civil Rights movement, the race riots, the Vietnam War, the first Gay Pride parades, as well as the peace and feminist movements,” he says.

SAVAGE SKULLS…based in South Bronx, the gang declared war on the drug dealers that operated in the area

“It felt good to be young then and the 1960s glorified freedom of expression. The country was going through profound changes and it looked like everyone was in the streets protesting.

“I photographed the sex, drugs and rock’n’roll generation, the hippy movement, the women’s revolution and the astronauts of Apollo XI returning from the moon.

“I began my career assisting legendary photographers Sam Levin and Choura, renowned for their portraiture and fashion photography. It was their versatility behind the lens that inspired me to readily adapt to any situation – whether it be capturing hidden moments on the movie sets of MGM Rome, or documenting the Ku Klux Klan.”

In 1973, Laffont and Eliane founded Sygma Photo News Agency, which became the largest in the world, and led to Laffont’s work expanding to cover international subjects.

He says: “Despite my busy schedule, I continued to pursue my interest in America’s metamorphosis, documenting the disintegration of the American dream and the rebirth of modern America in the 80s.”

Laffont, who lives in New York, has now compiled a heavyweight book of his greatest images, Photographer’s Paradise: Turbulent America 1960-1990.

TRASHED…on Fox Street in the Bronx, an abandoned Plymouth Savoy becomes a jungle gym for kids to play on

In his introduction, author and journalist Sir Harold Evans, describes the work as “a startling portrayal of the theatrical velocity of American life, its traumatic divisions, its heady ambitions, its heroes and heroines and its unending parade of wanabes and weirdos”.

The heroes were sometimes easily recognizable, as with his powerful photograph of Muhammad Ali pointing a finger at Joe Frazier before brawling with him at ABC’s studio in New York.

Others were not so obvious, as with the debauched out-and-proud topless bar boys at Studio 54, where sex, drugs and disco ruled, or the bikini-clad muscle-woman flexing her biceps before winning the Ms Empire State Competition. 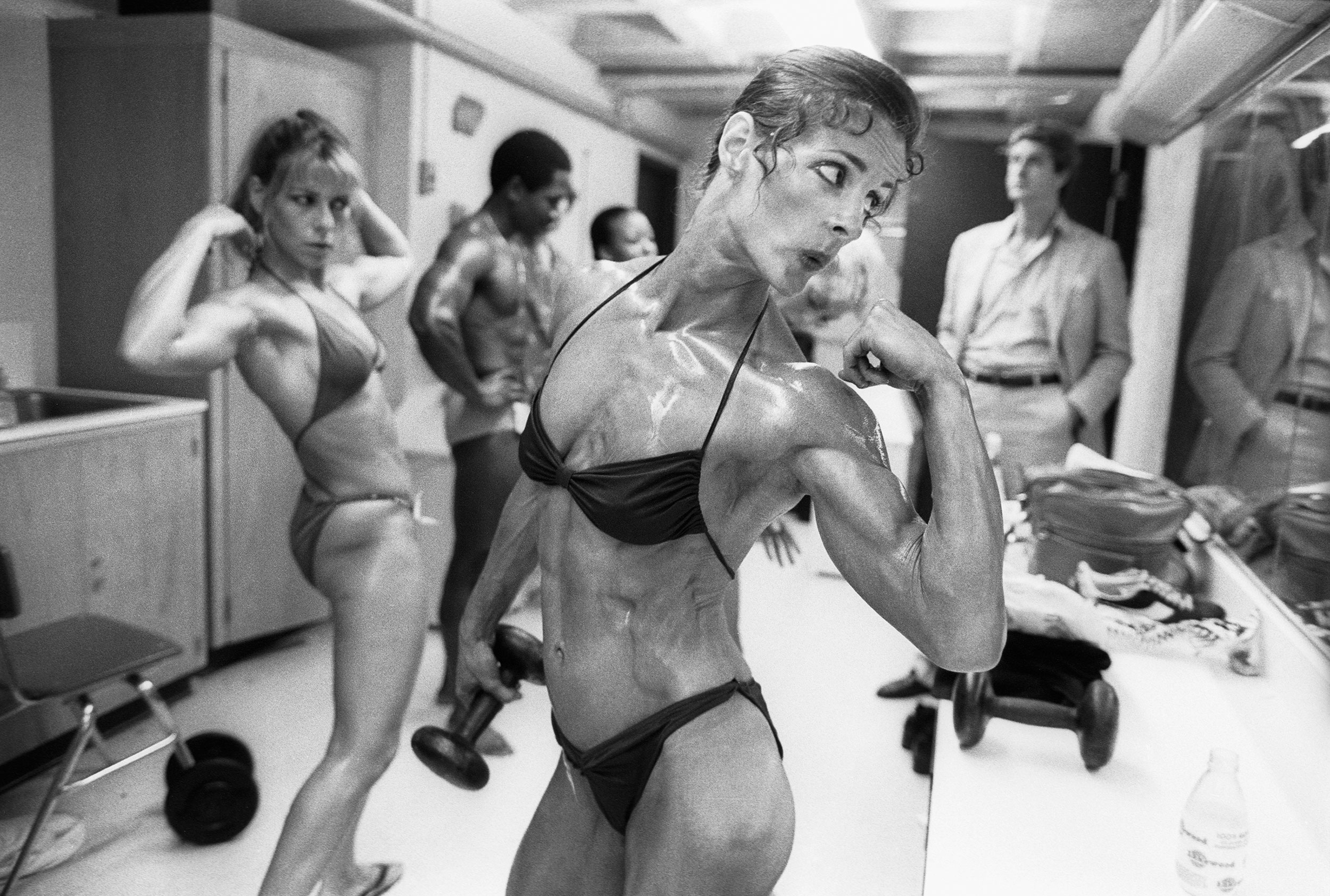 Laffont – whose pictures are accompanied by the stories behind them – says: “The book captures those defining years of 20th century America… from President Nixon leaving the office to the decay of Detroit.”

And he explains that his photographs show “the chaotic, often painful, birth of the country we live in today… a place where a black president, married gay couples and women executives are part of our everyday lives”.