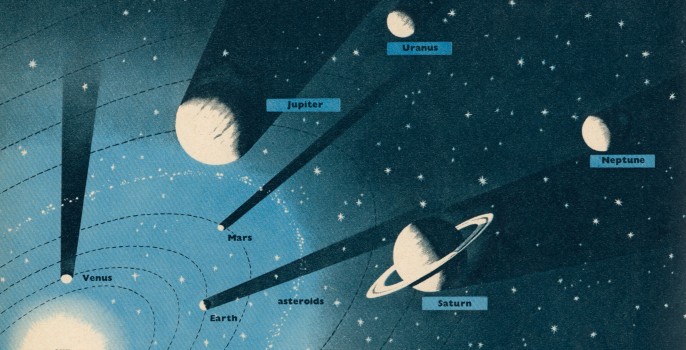 The brightest object that most Manhattanites ever see in the night sky is the beacon on the Empire State Building, but it’s also possible to marvel at the wonders of the universe for free – right in the centre of the city.

A dedicated group from the Amateur Astronomers’ Association allows the public to view the planets through their powerful telescopes on the High Line, countering the myth that New York is too light-polluted to stargaze from.

AAA member Rori Baldari – who regularly attends the observations, which start up again after winter in April – said: “People are often surprised to learn that there are many bright objects that can be seen from the city. Venus, Jupiter, Saturn, various double stars and, of course, the Moon, are just some of the objects that can be viewed under urban skies.

“The best reactions are from those people who have never looked through a telescope before. They can’t believe their eyes and many jokingly suggest we’re using pictures in front of our scopes to trick them! I always prove them wrong! 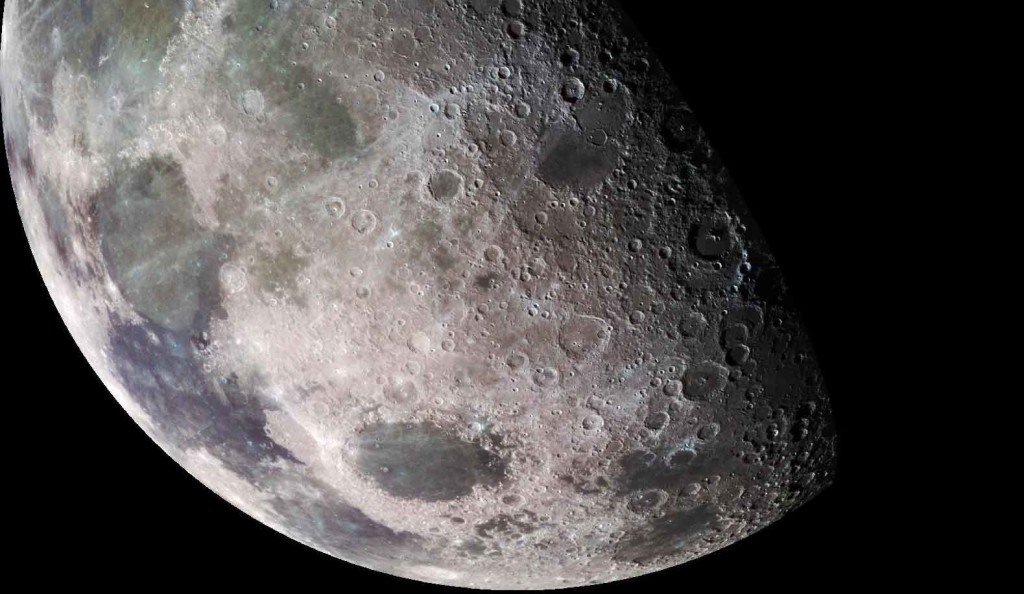 “I like to show people objects that are bright and easy to see. So for example, if Saturn is out, you can clearly see the rings and possibly its largest moon, Titan. On Jupiter, you can expect to see some subtle surface markings in the form of weather bands, and possibly all four Galilean moons.

“Due to the Moon’s close proximity to Earth – roughly 250,000 miles – countless craters, ancient lava beds and other geologic features can be seen in astounding detail. All of these objects carry a big “wow” factor with first-time observers.”

For those wanting to take the hobby more seriously, decent starter telescopes come in at around $300, but it’s not necessary to splash out or even have any knowledge of the heavens: AAA members are happy to let people look through their telescopes, and answer questions about the stars. 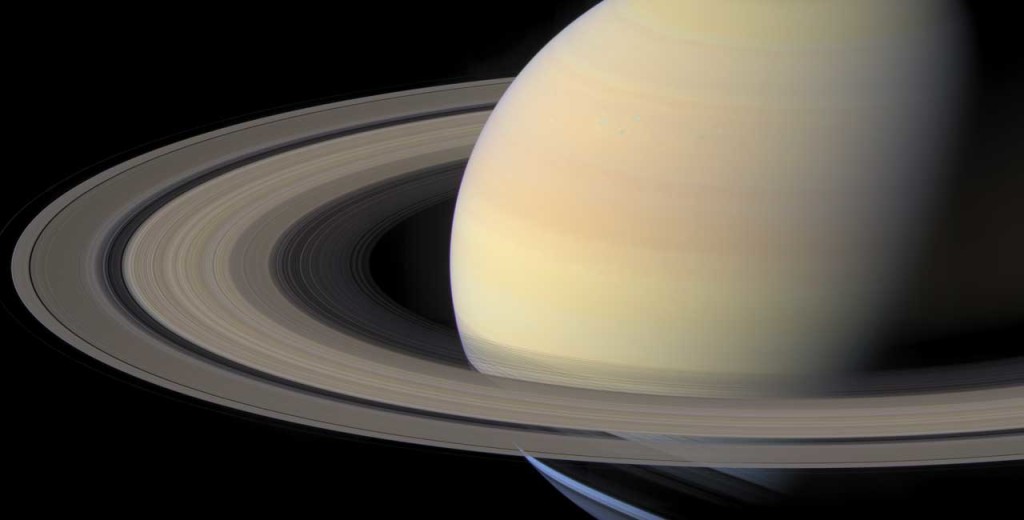 As well as the High Line sessions every Tuesday, the AAA – which has around 600 members – holds two annual observing events: Spring Starfest in the Bronx, on March 22, and Fall Starfest, in November in Central Park.

The AAA specifically go to places where they will run into the public, such as parks, or even street corners, to get new people interested in astronomy. And although Rori admits the conditions can be far from perfect, it’s still worth it to see the awe in people’s faces and, sometimes, the change in their perspective on life.

She says: “There’s no denying the light pollution issues – we are always battling with street lights, car headlights and such. But this is where the action is, and it’s a real honor to be doing this type of outreach. I have so much fun speaking with people who are truly enthusiastic about astronomy and our place in the universe. 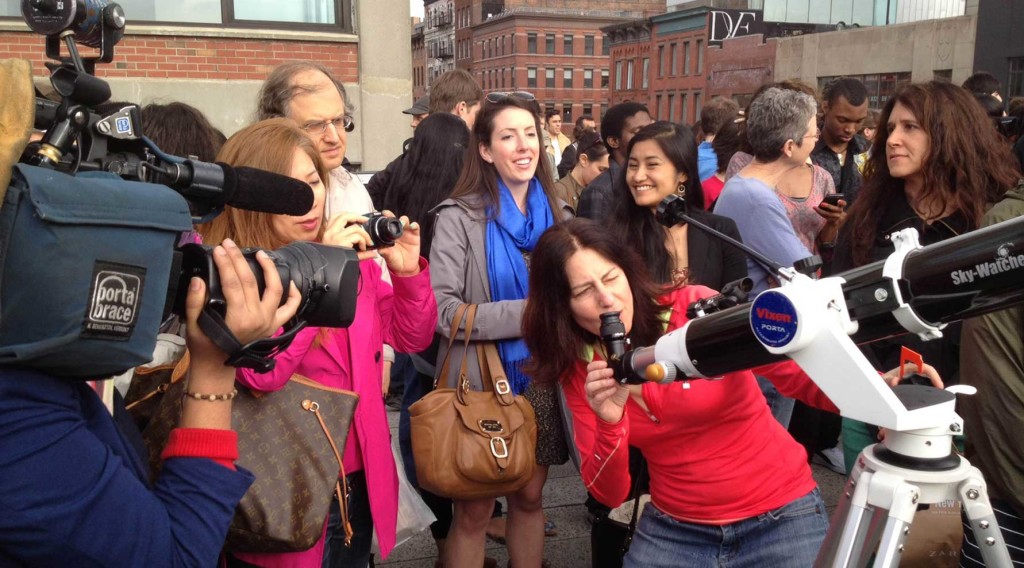 EDUCATOR…Rori Baldari shows passersby how her telescope works on the High Line just before dusk falls.     Pic by Jacqui Polonko

“On the High Line one evening, a young man was so taken with the Moon’s mysterious beauty, that he said it changed his life and he had to re-think his entire outlook on existence. At first I thought he was pulling my leg, but his girlfriend assured me that was not the case. I think he was high on the realization that we are truly part of something larger than any of us can imagine.”

And it’s that sense of being part of something larger that gives the hobby its addictively relaxing quality. Rori – who is a graphic designer – explains: “We live on one small planet, and most of us constrict our thoughts and daily concerns here. When I look at the stars, I see that I am part of something vast, and suddenly my entire sphere of existence becomes expanded. It’s relaxing in the sense that when I’m in front of my telescope, I’m not thinking about my daily struggles and get absorbed in the craters on the Moon, or the moons of Jupiter. 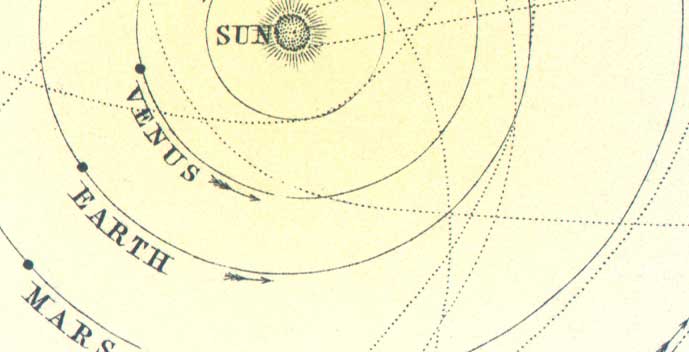 PLANETS…a vintage map of the solar system, showing Venus, Earth and Mars in relation to the Sun

“Through astronomy, I think I’ve learned more about myself; that I want to know more about the nature of the world around us, and what part I play in the vast cosmos we inhabit. I think my love of astronomy relates to my desire to feel connected to something greater than myself in a profound way.”

*The free High Line meetings are near the 14th St entrance every Tuesday at dusk, from April 2 until the end of October. Membership of the AAA costs $35 and includes free admission to all lectures, meetings and special events, as well as reduced fees for other classes, and free subscription to Eyepiece magazine. See www.aaa.org for more details.

*For more information on the High Line, visit: www.thehighline.org

The man who shot the President »