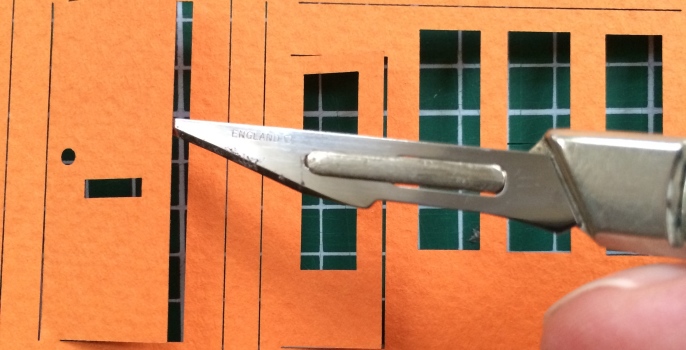 Self-portraits in muscles and mortar

on October 13 | in Uncategorized | by Boo Paterson | with No Comments

I’ve started a series of art works of muscle-bound Titans in modern-day Manhattan, which are actually self-portraits.

The first paper-cut of The Greek Gods in New York depicts Atlas holding up a crumbling tenement building instead of the world.

Like most artists, I’m always trying to explore the struggles in my past through my work. So, in Atlas & Rivington, the tenement represents me, as does the girl on the roof, the open doors, blank windows, and even Atlas himself, straining to prevent the building’s collapse. 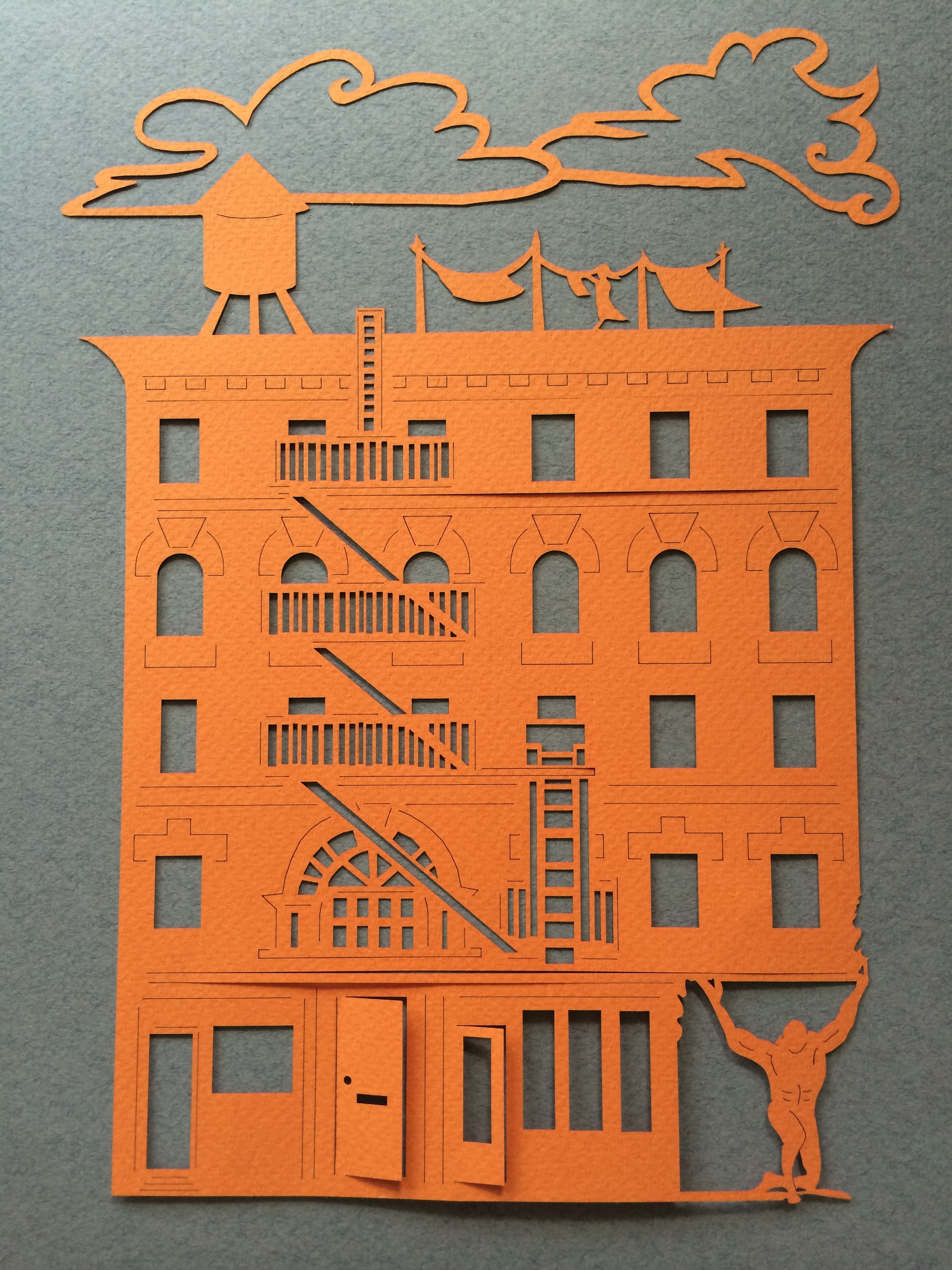 I’ve been interested in architecture and the ancient world since childhood, but it’s only recently that I’ve returned to my schoolbooks to study it in-depth for these lace-like works portraying strength and endurance.

I’ve lived in New York since 2009 and I find its architecture and energy very inspiring. I wondered what would happen if the Greek gods helped New Yorkers today with tasks, both mundane or extraordinary.

I love the fact that the Greek gods had human failings – they were drunk, passionate, jealous and angry. New Yorkers, too, have their emotions right at the surface…and sometimes right in your face! 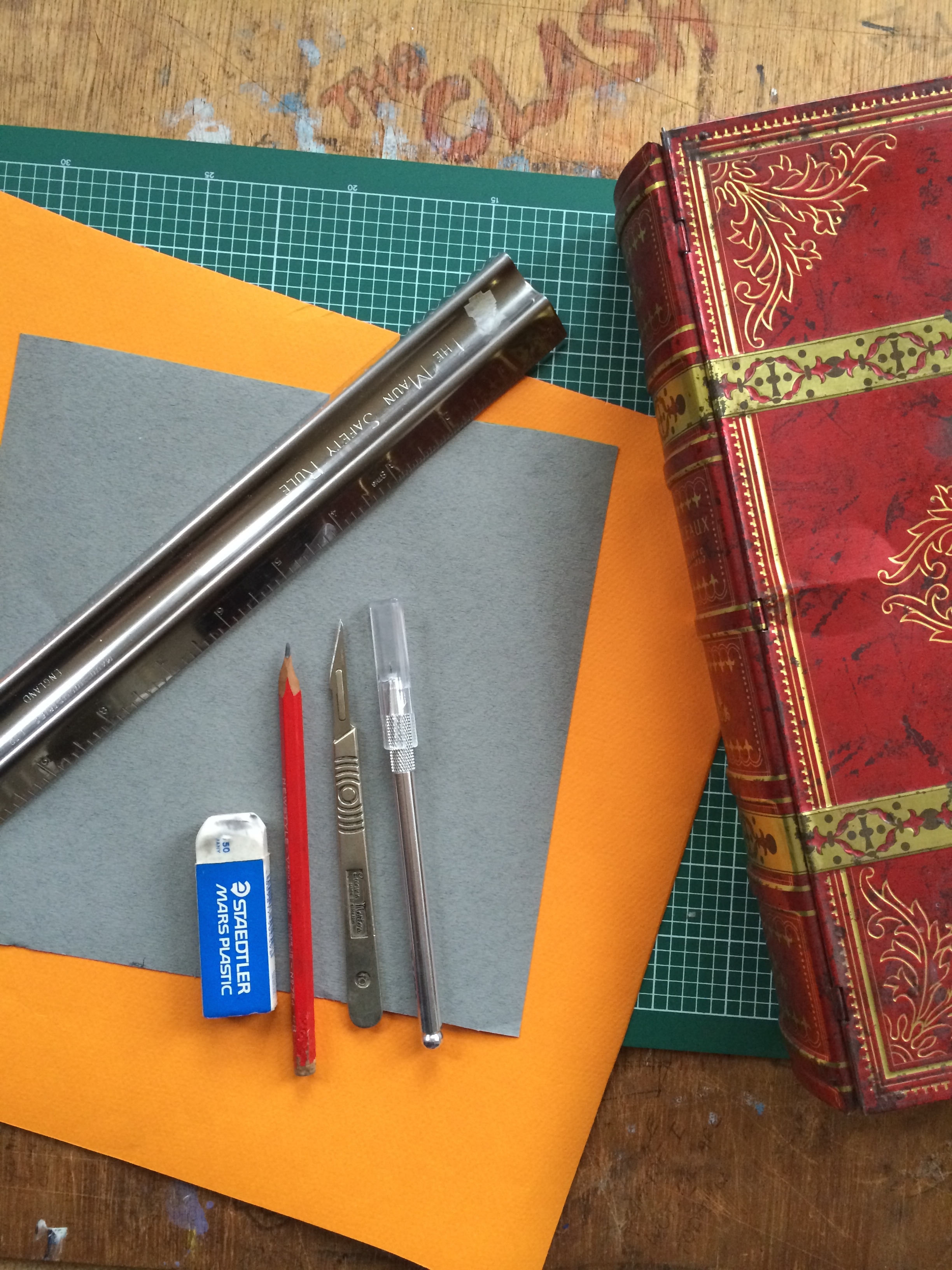 The paper-cuts – which are be available as laser-cuts through selected art galleries and Boo York City’s shop – have titles that refer to the New York habit of naming cross-sections by their prefixes only, as Manhattanites are far too busy to use the words ‘street’ or ‘avenue’.

I’m planning to do more in the New York series, including Sisyphus pushing a yellow cab up 6th Ave for eternity, and Eos heralding the dawn on a garbage truck.

I’m also keen on taking them on a world tour of my other favourite cities; Paris, London, Edinburgh. But probably not Athens…they’ve already been there.

*Here’s a video of them being laser-cut.