on March 17 | in Vintage | by Boo Paterson | with No Comments

Their felt faces have been seen all over town. Known as the ‘Boo Yorkers’, the intrepid duo in vintage clothes have visited all the best places – as well as suffering on the subway – on their romantic trips round Manhattan.

Now stars of Facebook and Twitter,  it seemed only fitting that they were made a pop-up New York theatre backdrop where they could dance the night away, thanks to the magic of stop-motion photography.

The dusk is settling over the Chrysler, Woolworth and Empire State, and a glitter crescent moon shines on a bartender as he mixes cocktails at the window of a downtown watering hole.

The Boo Yorkers enter to Harry Nilsson’s I Guess The Lord Must Be In New York City and waltz round the dance floor until tickertape made of vintage sheet music waves them on their way.

All the sights the Boo Yorkers visited before their dance are compiled below. 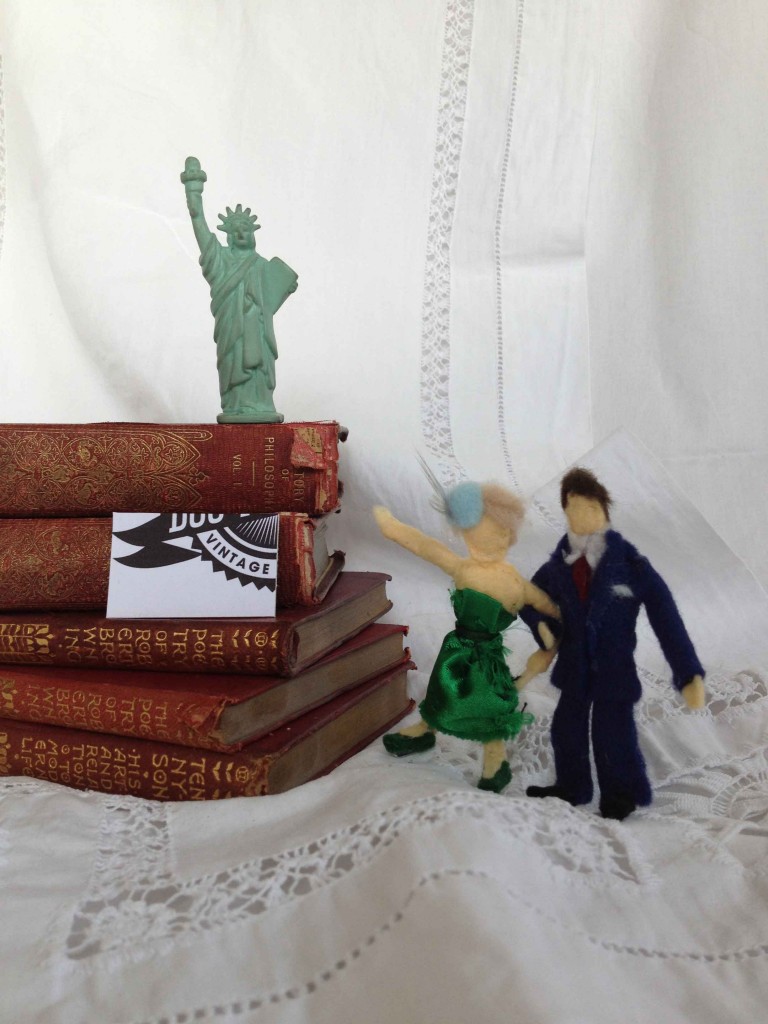 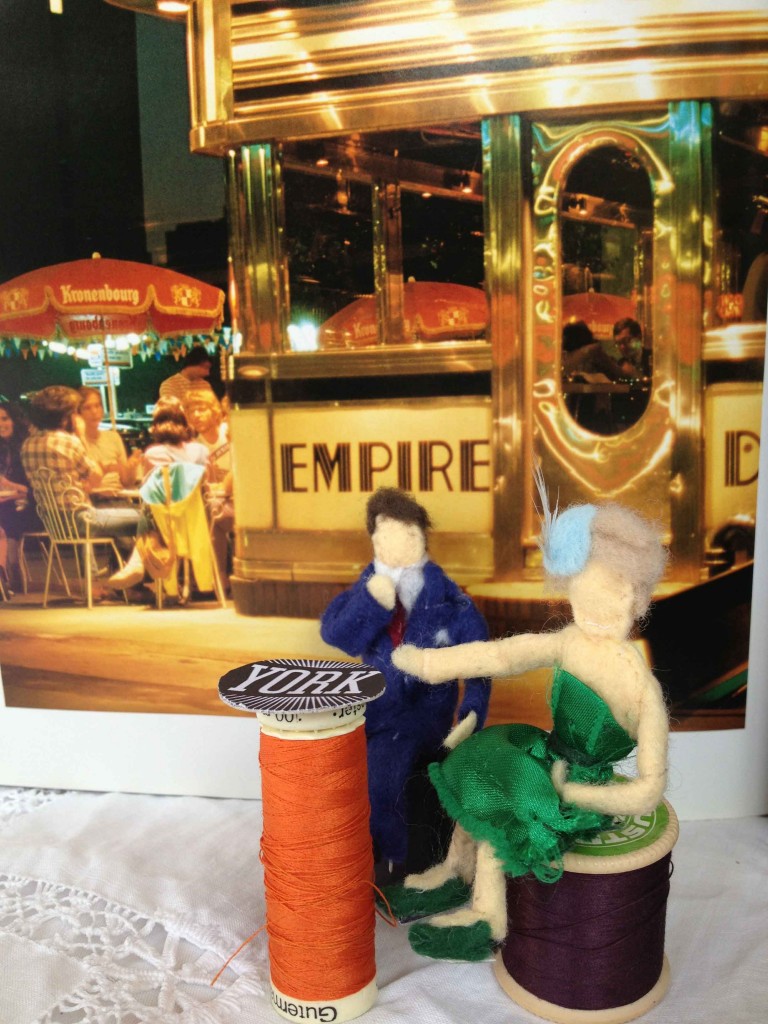 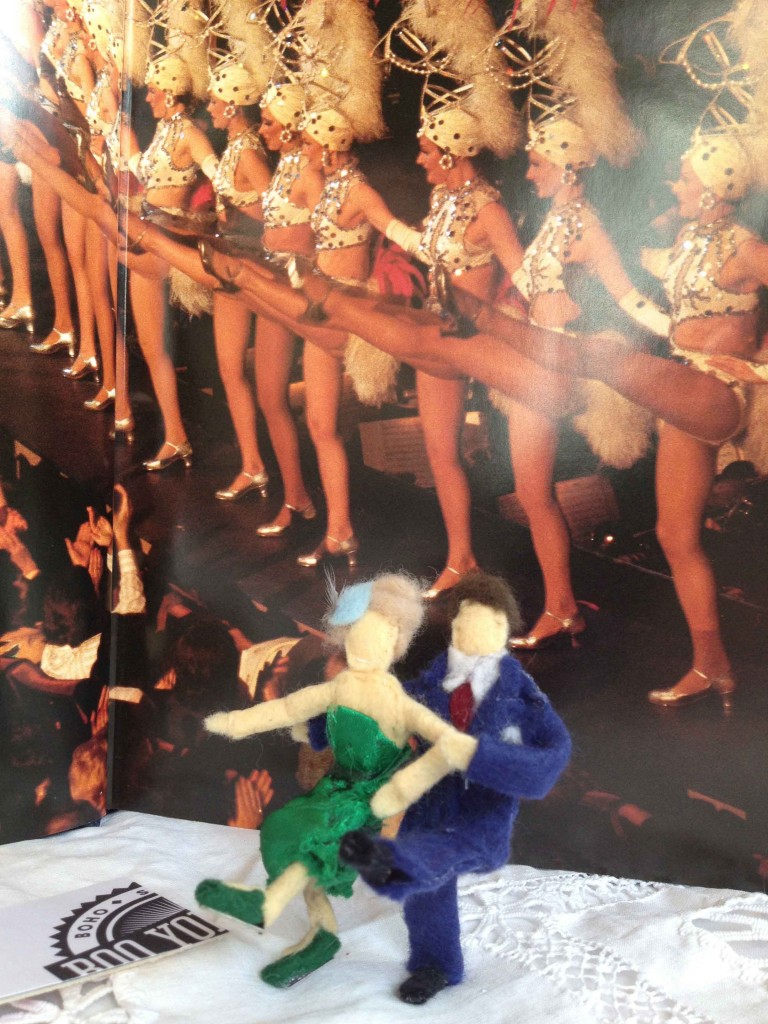 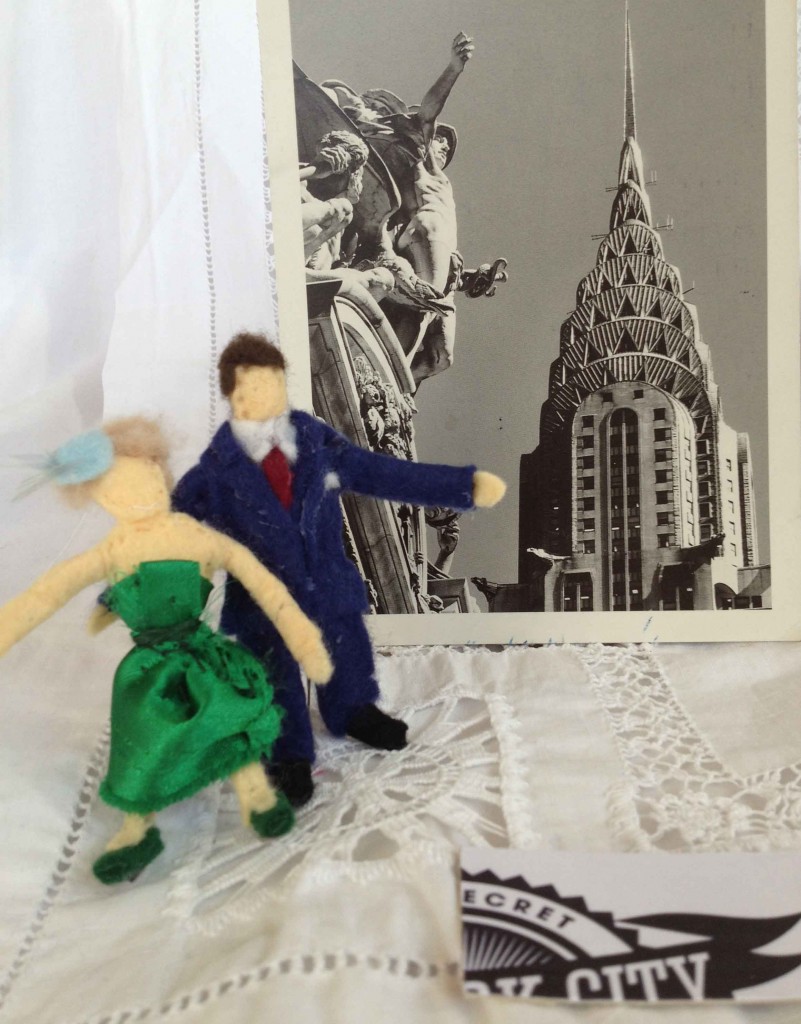 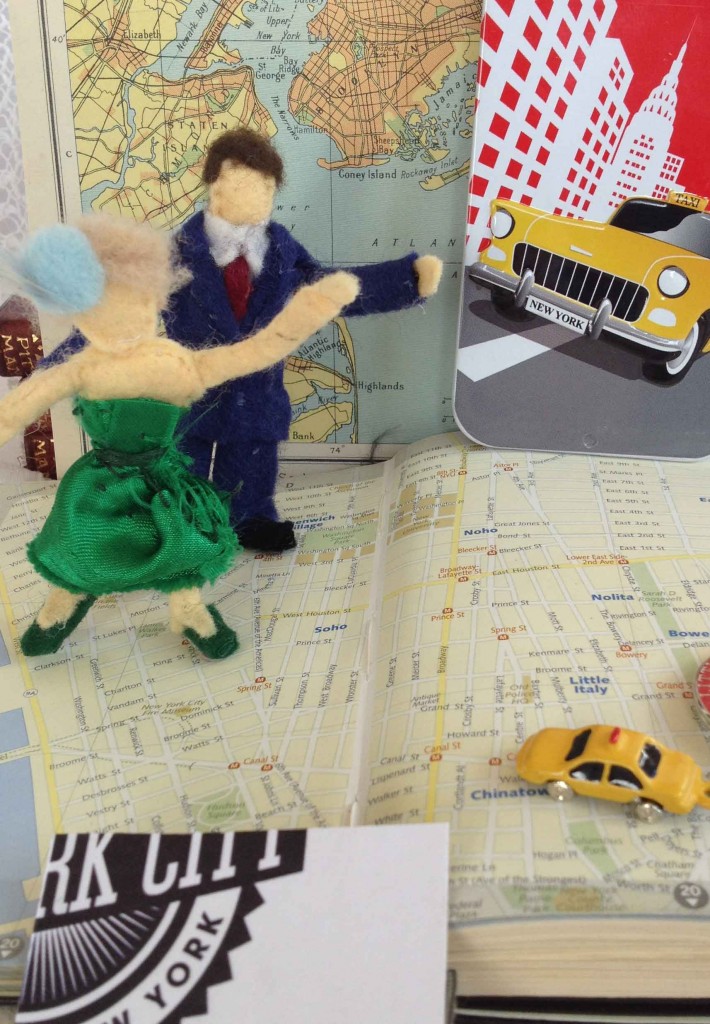 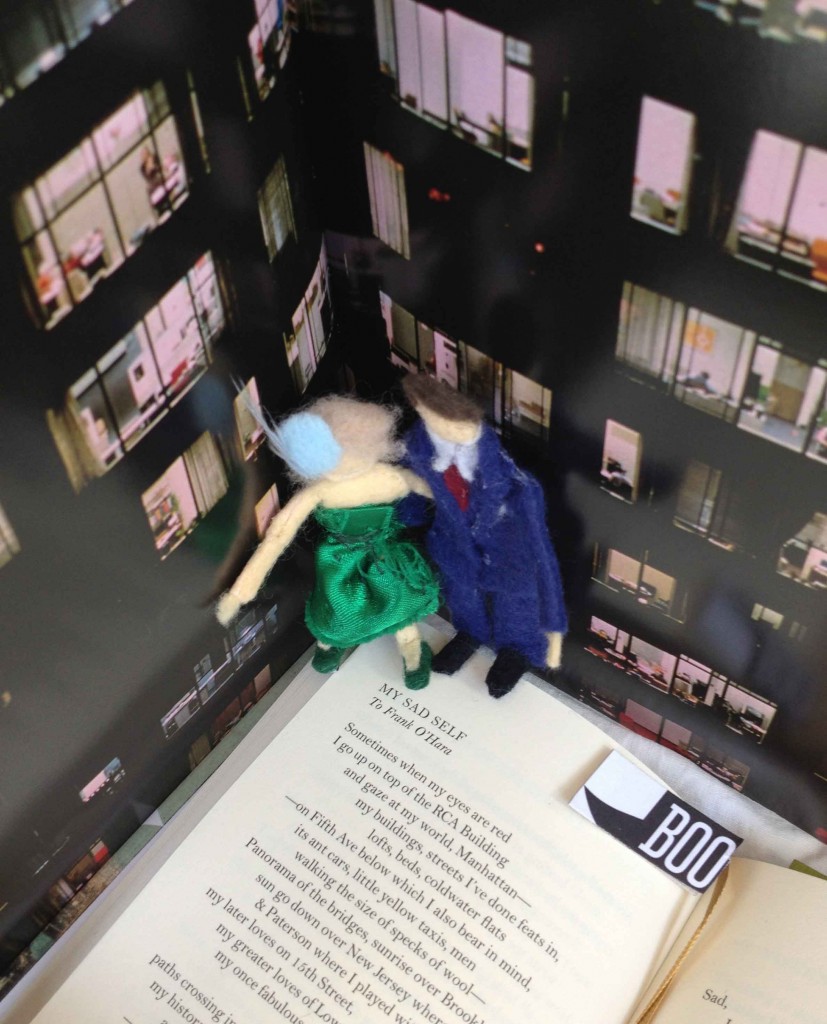 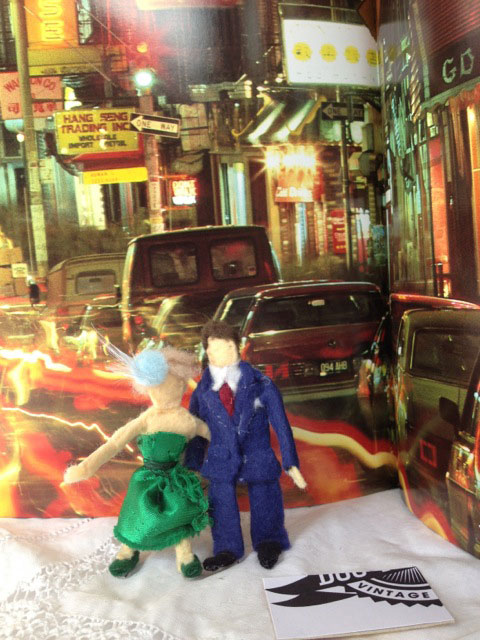 FOOD FEAST…starving from their sightseeing, the Boo Yorkers ended up in Chinatown looking for dumplings 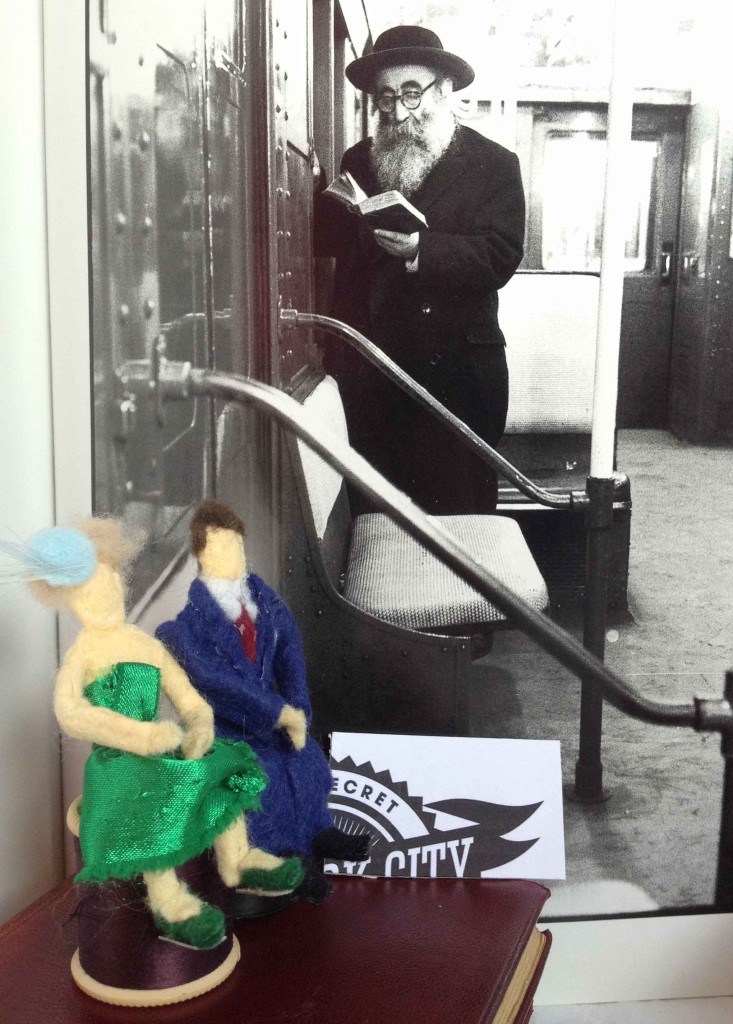 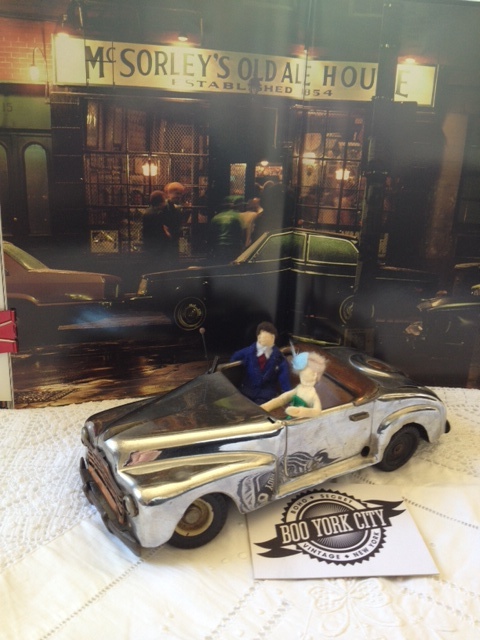 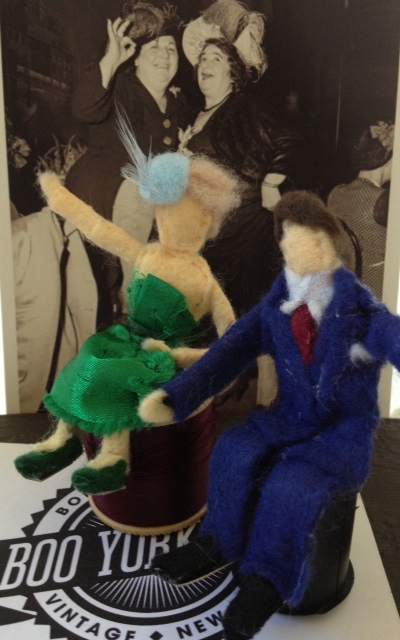 KNEES UP…they find themselves trashed in a bar on the Bowery, dancing on the tables 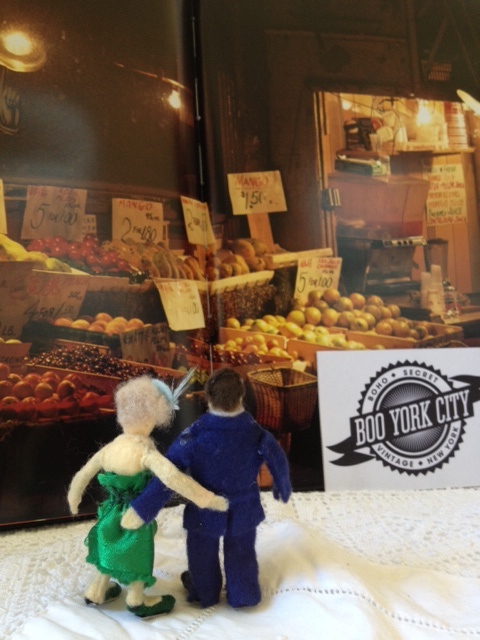 ORANGE TWIST…stumbling through the late-night streets, they wonder whether eating fruit will stave off their hangovers 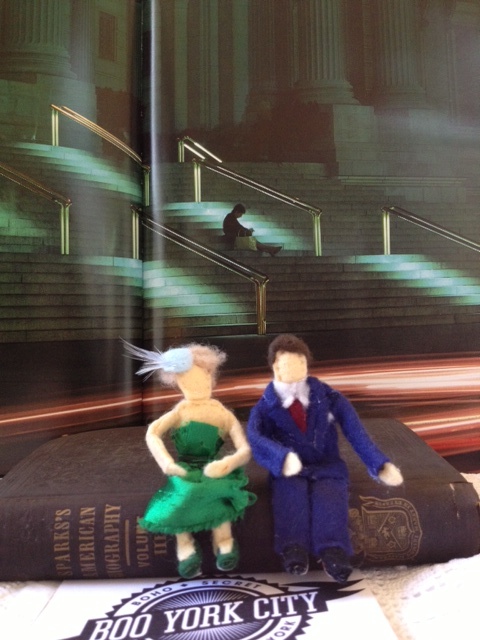 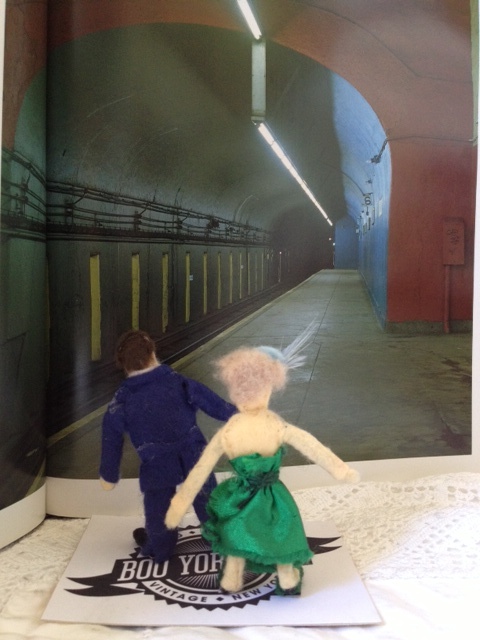 WAITING GAME…at 4am, they decide to get the train home and spend the next hour repeating the phrase ‘where the hell is the F?’ 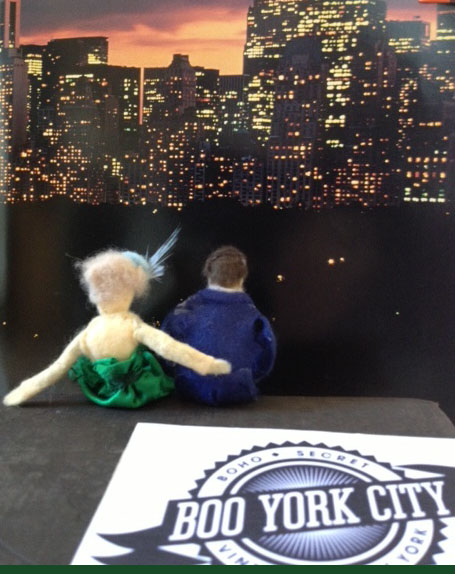