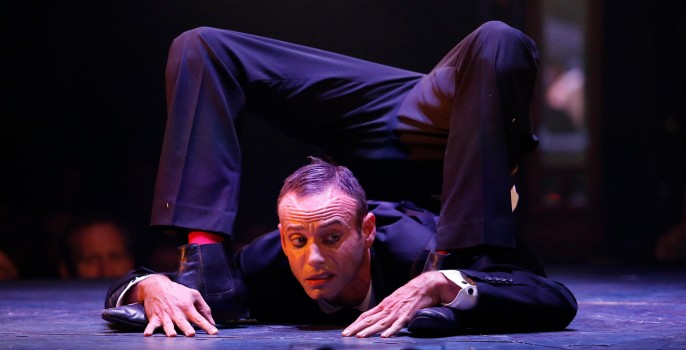 Top contortionist is bringing sexy back

on May 1 | in Culture | by Boo Paterson | with No Comments

The first thought is usually ‘That’s gotta hurt’, then ‘I bet bendy sex is good’.

On both counts, you’d be right: contortion is painful, but it does improve your sex life.

And for those willing to endure pain for pleasure, top circus contortionist Jonathan Nosan wants to teach novices how to do his moves through his upcoming Contorture videos.

He laughs: “Contortion absolutely improves sex. However, if you want to do those moves, you’ll have to warm up for about half an hour before having the amazing sex. So if you’re willing to do that – knock yourself out.”

One of the common misconceptions about contortion is that you have to start as a child and be naturally hypermobile; Nosan himself was neither. But while anyone can have a go, it’s certainly not for the faint-hearted. It’s an intense discipline that involves daily practice and even newbies that he teaches privately don’t get off lightly.

Michigan-born Nosan – who has lived in New York for 17 years – says: “There are still tears on the first day. People cry because it hurts so much and they’ve never felt these things before. Though some cry because it can be an emotional experience. There’s a lot of hip opening, a lot of cracking open of places that have previously been closed.

“The essence of the classes is to get people away from thinking backbending is all about the back. I want people to understand they have to move from the centre, so you get this mobility that takes it out of the back.

“Pain-wise, the back won’t hurt that much; it’s the hip flexors that have the most pain and really feeling a deep opening in the hips.”

But he has news for those who think that proficiency will make the pain go away.

He chuckles: “Oh it should never go away! If it went away you’d be doing it wrong. It still hurts me 20 years later. It should always hurt.”

Nosan does private lessons  in person or via Skype, and he gets a lot of yoga and pilates students who have become bored and who are looking for the next challenge. However, he’s keen to point out that there’s no age limit for those willing to be brave.

He explains: “I’ve taught people in their 60s. The main problem is that the older you get the more afraid you become. It’s fear that’s one of the main delimiting things; fear of putting all your weight on your hands or going backwards, it’s not necessarily that the body can’t or won’t do it but the brain is blocking the action.”

However, it’s a slow process, especially if you’re not naturally hypermobile.

“For someone who can’t touch their toes to be able to bend backwards and put their head between their legs, would take around four years. But a back bend contortion handstand where your legs are horizontal to the floor…that’s only three years.” 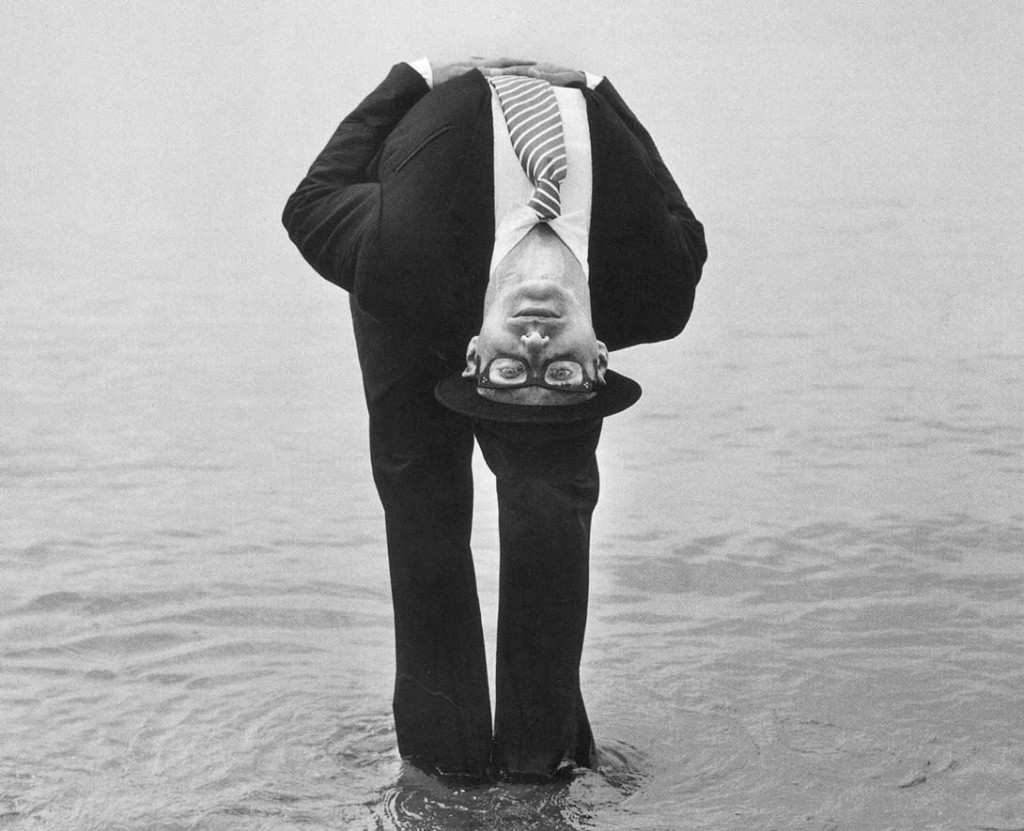 Though Nosan had been doing juggling and magic since he was a child, he didn’t become interested in contortion until he was 19, when he was studying for an Asian Studies PhD in Japan.

“I was in Kyoto for two years doing my research. But during that time I was also doing magic and juggling around the country; that’s where I first saw people living their lives on their passions.

“I met European artists – one-man-bands, jugglers, magicians and clowns – who were making their living in Japan doing performance; and it was also around that time that I saw my first contortionist, who was a Chinese girl in a visiting circus…and seeing her control of her body and manipulation just blew me away.”

As his grant finished, he reached a crossroads: finish his studies in America or do something else. He went to see Cirque du Soleil in Tokyo one night and met their main clown, Rene Bazinet, who explained how to break into the business.

“Two months later and I was in London training in physical theatre with the master clown Philippe Gaulier. I was 22 and I couldn’t do a forward roll or a cartwheel. I was a mess. With Gaulier, I did basic tumbling, basic aerial. It was horrible. The theatre and physical training were really tough. But it was great at the same time.”

Nosan went on to train with a Chinese master trainer in San Francisco. He says: “It took me three years just to do a hand stand. Not walking on my hands – just standing on them for up to a minute, as you have to be able to hold a handstand before you can do a contortion handstand. It’s really hard.”

After three years, he did a season with the legendary Pickle Family Circus in San Francisco, mainly doing trapeze and rope acts.

“I then started doing contortion and hand-balancing work. But it’s so much more nerve-wracking than doing aerial because there’s much more room for fucking up, and for it to be blatantly clear you’ve fucked up. If you’re in the air, the only real fuck up is if you fall to the ground. But with contortion, it’s all based on slow control so if you don’t keep control it’s just over.”

Nosan says he was 29 by the time he was good enough to do contortion on his own and now he’s in demand world-wide.

He has his own company, Acroback, and often tours the world with the best-selling circus show, Limbo.

He says: “The routine I do in Limbo is actually my favourite of all my pieces.  It’s in the character of a businessman in a suit and tie. It’s the everyday man suddenly losing the suited nature of himself and something from the ground sucking him up and in that he doesn’t quite understand but almost likes it.”

But it’s a long road to become as good at contortion as Nosan is.  In the first year of training, newbies can expect to learn a better connection within their bodies and possibly dropping back from arch to wheel, into a backbend.

If you can keep up the requisite 45 minutes a day of stretching – with no days off ever – your body will become more toned and defined and, if you play sports, you will gain better flexibility and control.

There’s plenty to recommend it, despite the pain, but it’s having a sore body that is the stumbling block for most of those trying it out.

Nosan says: “I’ve taught hundreds of people, and very few have the drive to be contortionists – it takes shitloads of time, dedication and changing your life and being neurotically crazy about training, sleeping, eating.”

He pauses, weighing up the true gravity of his extremist choice: “To maintain this flexibility you can just never stop.”

*Nosan can be contacted for private lessons on [email protected], and is teaching every Saturday at Broadway Dance Center from 1.30pm – 3pm, from June 6 – Sep 19.

« Hat for an Empire State of mind Muhammad Ali taught me to box, but tequila won’t KO you »