Hands up for a feminist manicure

One of Manhattan’s coolest vintage bars has kicked off a new a new fashion craze – the feminist manicure.

Beauty Bar is a real 1950s beauty salon – complete with chrome-domed hairdryers – with a bar inside it, and it’s been giving $10 manicures with free cocktails for several years.

But recently, one of its manicurists decided to give her clients something to laugh about at their boring day jobs by painting their middle fingers an alternate color, or leaving it nude, for what she calls the ‘feminist manicure’.

Lefty Lucy, who is also a burlesque artist and festival producer, said: “Most people hate their jobs, but we all have to make a living, so I wanted to to give people a little touchstone to make it easier to get through their day. 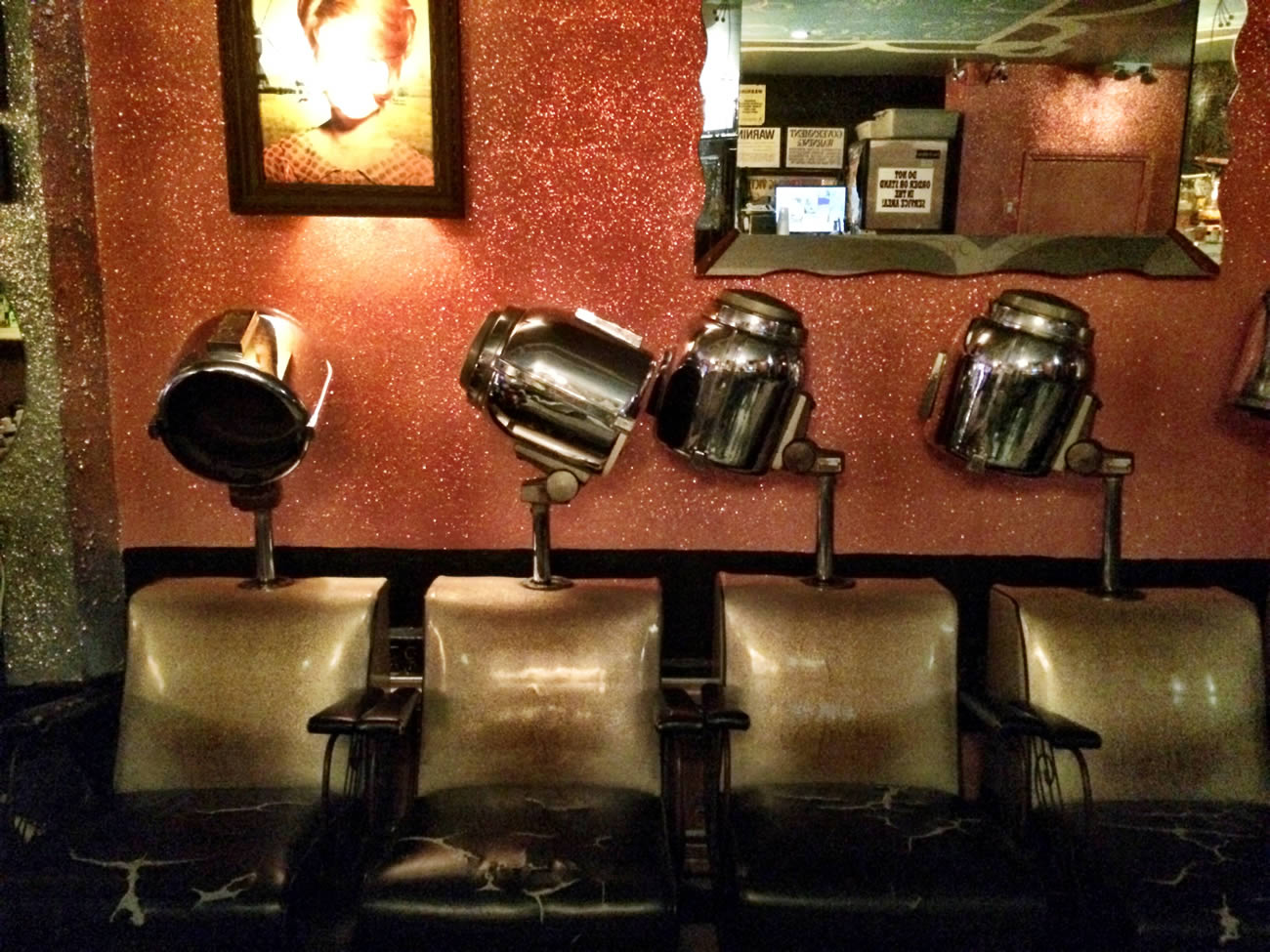 VINTAGE…customers can sit under original 50s hairdryers in Beauty Bar

“If you’re typing all day and you’re looking at your own fingernails you can smirk, knowing that all these emails you’re writing with a required saccharine-ness will be sent with your middle finger painted a different color.

“It is feminine and clients are playing into gender roles and stereotypes by having this manicure but, you know what, they enjoy it and the fact that they’re embracing it and not letting other people’s opinions of their manicures change their decision to have one is the feminist act.”

The idea sprang from a trend a couple of years ago for the ‘alternate nail’ – where clients requested all their nails the same color, except their ring finger, which would either be a contrasting color, or a different shade of the same color.

“I called it the ‘party nail’,” says Lefty. “It started because during Fashion Week in 2013 there were models on the runway doing it. 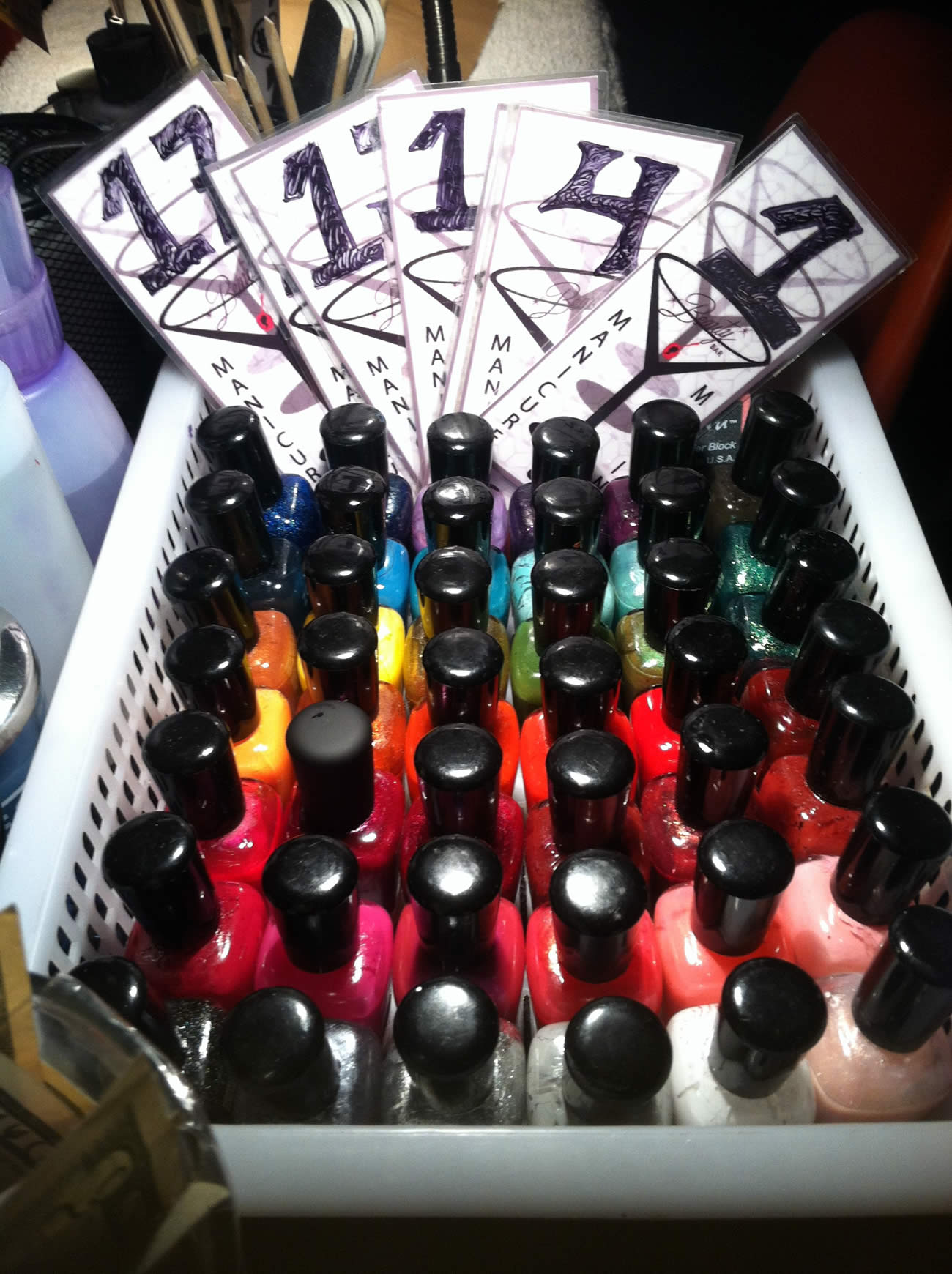 POLISH…clients can choose from a rainbow of contrasting colors

“Of course there was also the symbolism of it being the finger where you wear your engagement ring, and it has political meaning and personal meaning, so everybody last summer wanted the party nail.”

But Lefty was looking for something more subversive and less symmetrical.

She said: “I’ve never painted my nails all the same color ever. So then when I had a corporate job in publishing, I would do the alternate nail thing only on my middle finger because it was subtle enough that most people didn’t see it, but if they did it, was like a wink.

“You couldn’t really get in trouble because your middle finger was a different color. I called it my ‘read between the lines’ manicure and, at Beauty Bar, I started to do a party nail on the ring finger on one hand and the middle finger on the other hand. 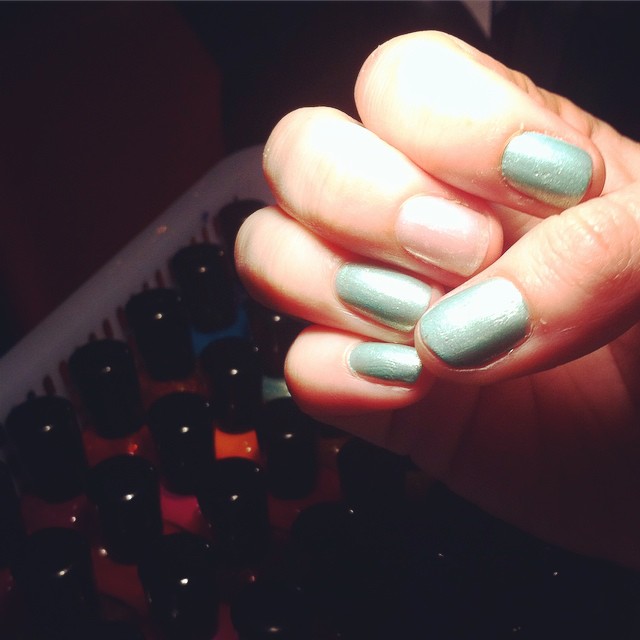 “I think that a big part of modern feminism is about embracing femininity and embracing some of the clichés in romantic comedies, or whatever, because it’s fun and the world involves all different types of people.

“Getting your nails painted is considered a feminine activity but to flip it on its head and emphasize your middle fingers is an abrasive act, and symbolizes everything that modern feminism is about.”

It seems her clients agree, as she’s had nothing but positive responses when discussing the feminist manicure.

“It’s awesome to have conversations with my clients about it because I can see the light-bulb go on,” she says. “I think people don’t realize how in control of their lives they are, down to the smallest, most inconsequential decision.

“I think it’s so important that we do little things to make us happy to get through the day. 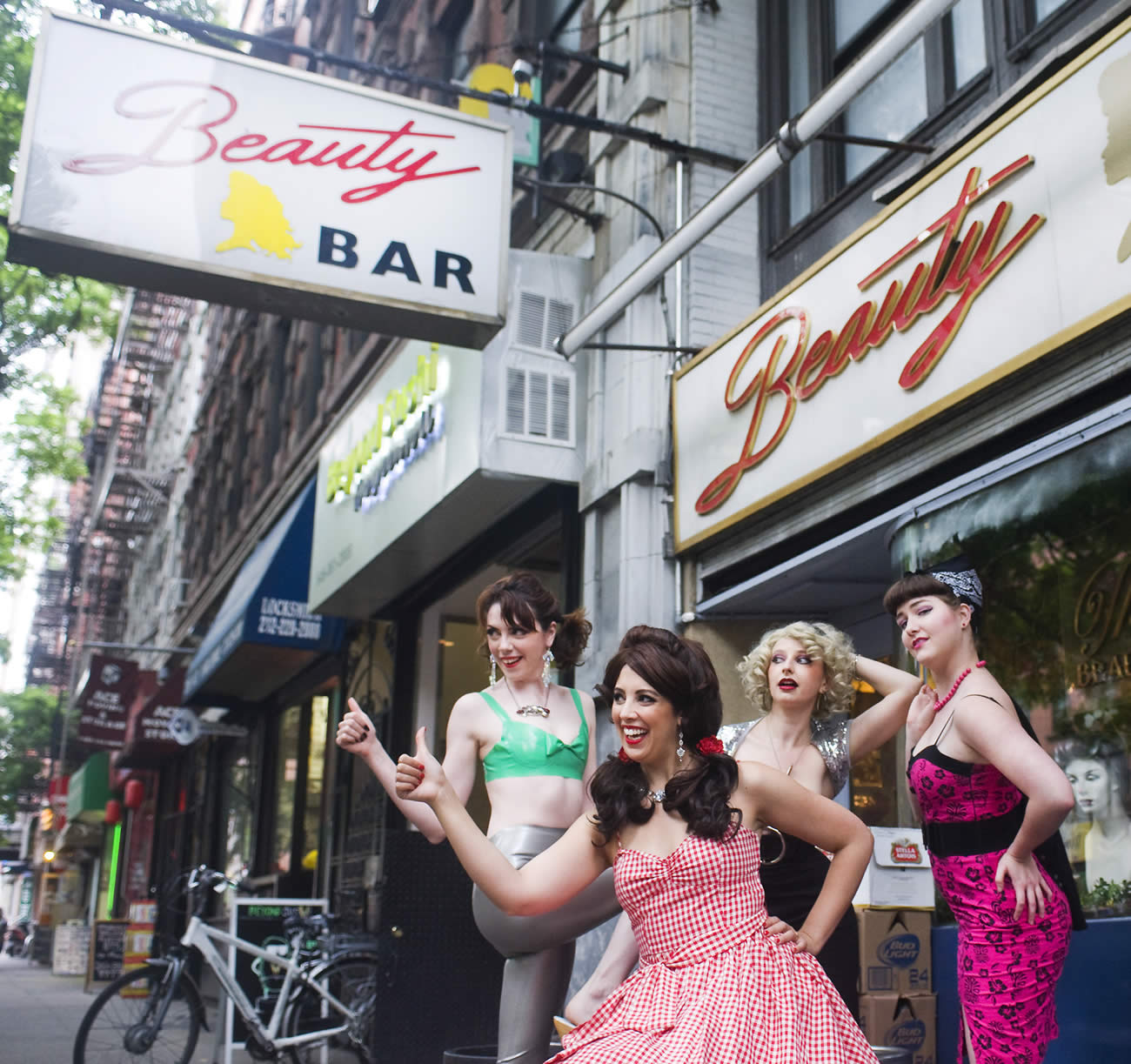 “When I say to my clients how the feminist manicure is playful and abrasive and in-your-face and feminist and feminine and all of these seemingly contradictory things, they start to realize ‘I am all of these things’ and ‘Why am I judging myself for identifying as a feminist and also wanting to paint my nails?’

“That’s the dumbest shit ever. Why should you feel bad about those two things, because they’re not contradictory?

“Also, there can be long-term repercussions. Every time an individual stands up and says ‘I don’t care what you think of this, I’m doing it because it makes me happy and why does my happiness offend you?’ I think that’s a political act.”

As word spreads of her innovation, and perhaps ordinary salons begin offering the feminist manicure, Lefty hopes that she’ll be changing lives for the better even in a small way.

She said: “It will be cool knowing that people are having fun and getting the message and, even if they don’t know it, I’ll have been the one to give them the smirk at their computer.”

*Lefty Lucy gives feminist manicures at Beauty Bar, 231 E14th St, Fridays, Sunday and Mondays from 6pm – 11pm, though you can get a manicure any day of week from 6pm till 11pm weekdays and 3pm – 11pm weekends. All manicures come with a free cocktail or beer.