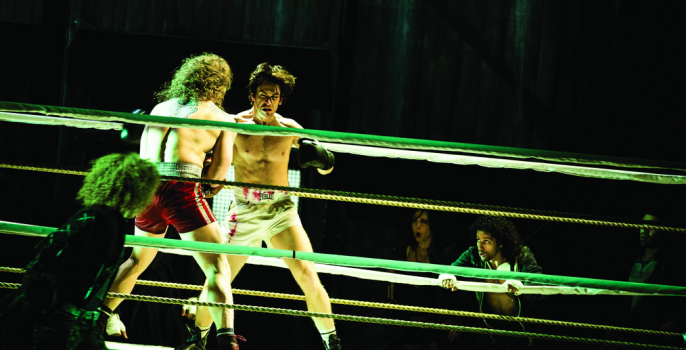 She says: “There’s a pretty gross amount of blood, bruising and swelling – it’s always a pretty traumatizing thing the first time you see yourself beaten to shit. Usually the response is ‘Gross!’ which means I’ve done my job.”

But Lunsford isn’t a bar-room brawler, she’s the associate special effects make-up designer for Rocky on Broadway – and she wanted the stars’ injuries to pay homage to the most iconic, gory moments of the original films. 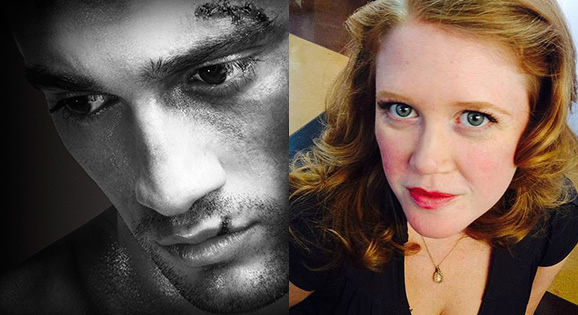 BEATEN…Rocky’s Andy Karl, left, with the injuries that Erin, right, gave him in make-up

She says: “We stayed pretty true to the fight make-up within Rocky 1 & 2.  The fight in Rocky 2 is a little more brutal so that’s what we wanted to try to achieve.”

Amazingly, the fight scenes make-up for Andy Karl, who plays Rocky Balboa, and Terence Archie, who plays Apollo Creed, is actually done live on stage by actors in the ring.

Lunsford explains: “When you make something very detailed and technical it’s a matter of practice makes perfect and, at Rocky, we started teaching the actors how to do the make-up half way through rehearsals. 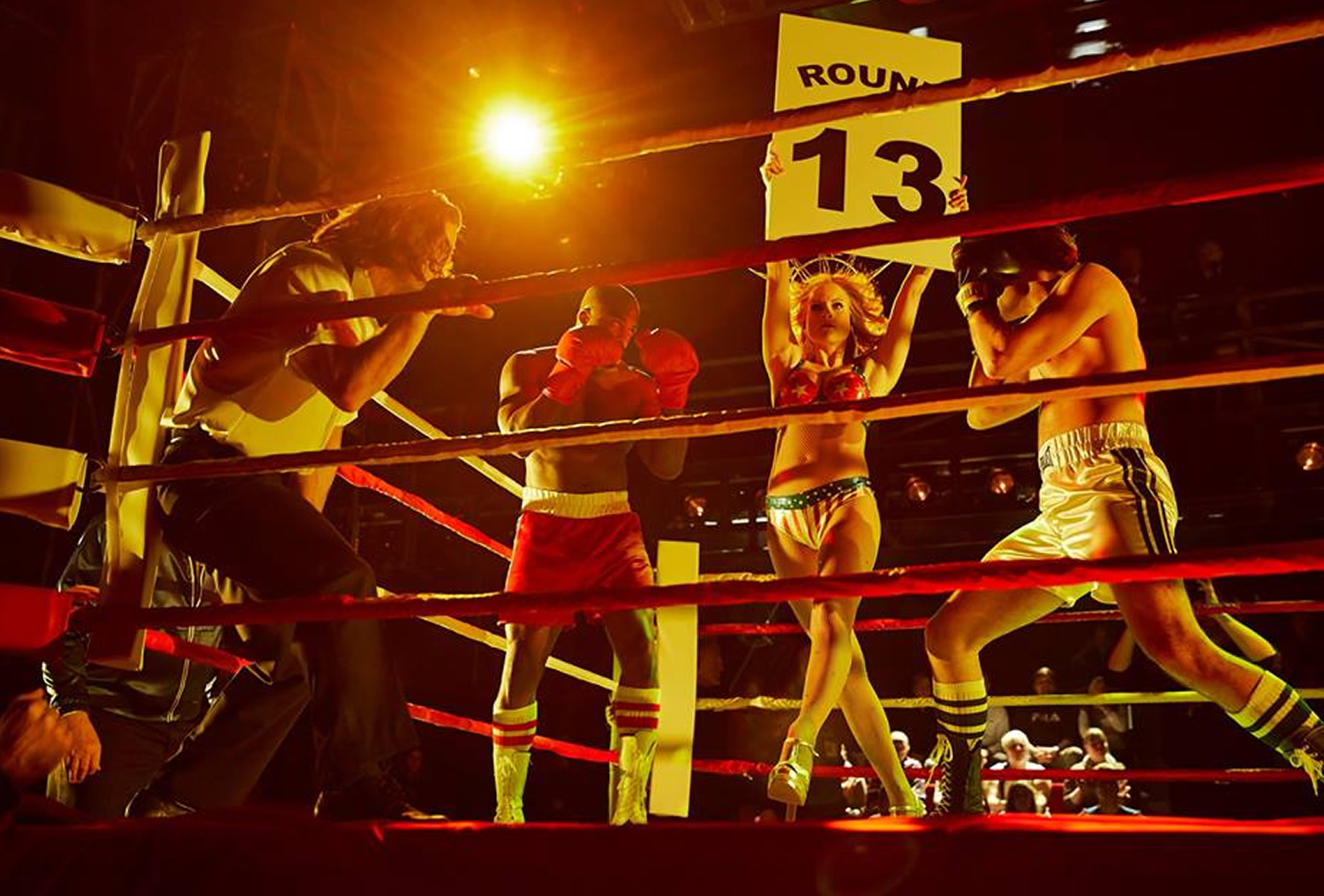 “The detailed nature of the design required as much practice as they could get, but the guys are pros now. I’m not saying which actors do the make-up though, as I don’t want to ruin the magic!”

Now that rehearsals are over and Rocky is open, Lunsford has left the show in the hands of the make-up supervisor and the actors – and is instead teaching a group of male actors how to look like women.

Her new show is Casa Valentina, a play based on a true story about straight men in the early 1960s, who travelled upstate to a house in the Catskills once a year to dress in drag and live as women for a week. 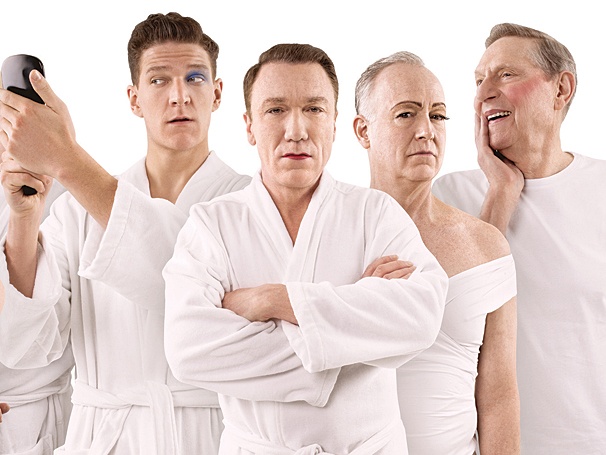 The show’s designer, Jason Hayes, and his assistant, Davion Edwards – who are both crown-winning drag queens – began femininity training with the actors as soon as rehearsals started.

Lunsford, of Williamsburg, says: “They did a mirror practice where they would make-up one eye and the actors had to do the same on the other eye. There are some bits and pieces that we help each of them with but doing the make-up is a very important part of their characters, so it’s imperative that they do as much as they can.

“My job as key hair and make-up artist is to maintain the integrity of Jason Hayes’ design throughout. It’s a very fun show to work on and something that hasn’t been seen before on Broadway in this fashion, so that aspect of it is very exciting as well.” 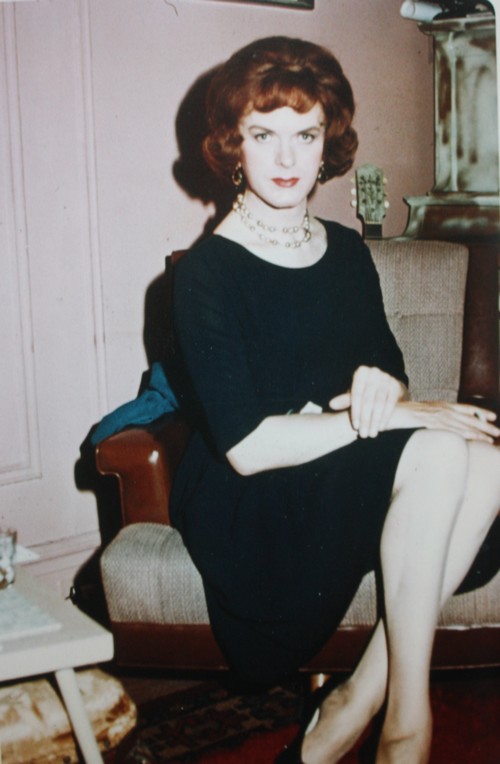 DEMURE…a male guest at Casa Susanna in the 60s

The show – which is currently in previews, and opens on April 23 – has been written by four-time Tony-Award-winner, Harvey Fierstein, and has an impressive cast that includes Northern Exposure and ER star, John Cullum.

The original secret drag hideaway, called Casa Susanna, was discovered when a furniture dealer named Robert Swope bought an unmarked box of the club’s photos at a flea market in Manhattan. In 2005, he turned the collection of pictures into a book, Casa Susanna, and a lot of the men’s stories finally came to light after it was published.

The bed-and-breakfast was run by a husband and wife team; Tito Valenti was a court translator, who was also a cross-dresser named Susanna, and Marie was a famous wig maker in Manhattan, who happily cooked, and provided makeover lessons, for guests. 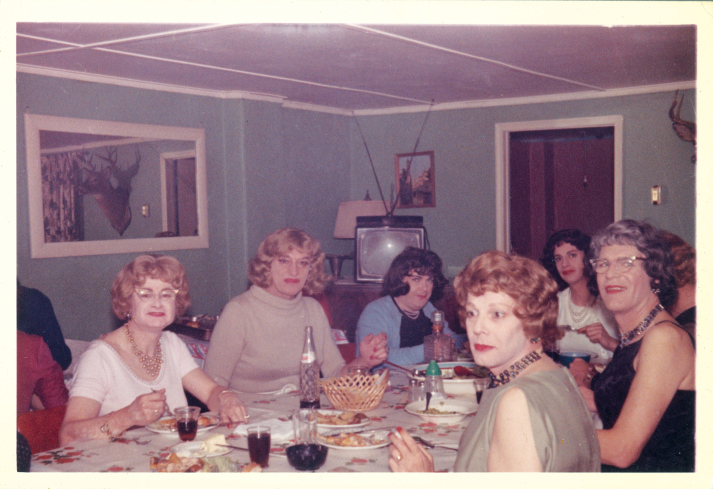 RELAXING…the real men of Casa Susanna, on whom the play is based

And those guests just wanted to look like average women – not over-the-top parodies. They’re pictured eating dinner in 50s cocktail dresses, posing demurely in evening gloves and pearls, and strolling through the grounds in perfect make-up and high-heels.

One of the men, who didn’t want his true identity revealed, told the New York Times: “It was the most remarkable release of pressure, and it meant the world to me then. I’d grown up in a very conventional family. I had the desire to marry, to have the house, the car, the dog. And I eventually did. But at that point there were all these conflicting desires that had no focal points. I didn’t know where I fit.

“Whatever your secret fantasies were, you were meeting other people who had similar ones and you realized, ‘I might be different, but I’m not crazy’.”

Speaking about the men from Casa Susanna, Lunsford says: “I empathize with their challenges as well as with the men today who still have to deal with the struggles placed on that community.

“I should hope that for people who have negative feelings about this community that it would help bring to light that we are all human beings who deserve to be treated with respect and love, golden-rule style. I think this play is challenging the way that people think about everything involved in that community. It’s a beautiful and perfect play.”