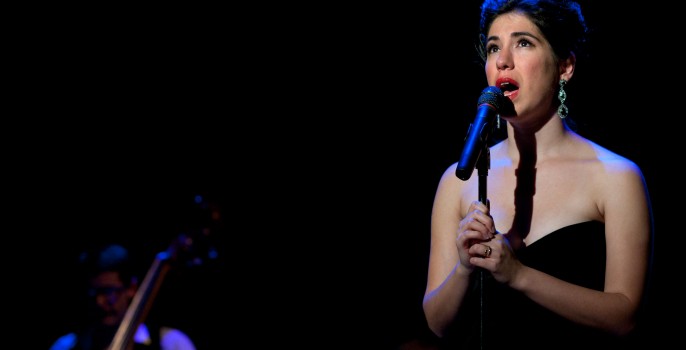 A performer whose grandparents were Holocaust survivors has created a Cabaret-style musical in a bid to understand what they went through.

Alexis Fishman stars in Der Gelbe Stern – The Yellow Star – that tells the story of fictional Jewish cabaret star, Erika Stern, whose show embodies the excess and daring of the Weimar Republic.

But as the Nazis get ever closer, Erika and the audience realize this nightclub performance will be her last. 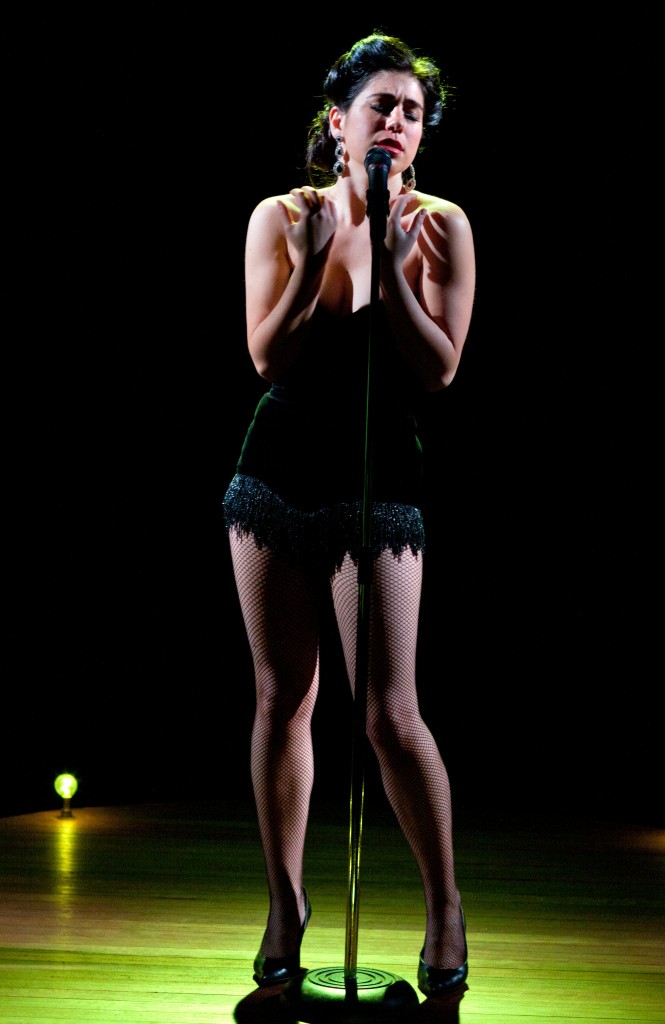 Alexis says that when she conceived the show ­– which is packed full of German and British cabaret songs from the 20s and 30s – she was trying to understand her grandparents’ experiences, which she describes as ‘fascinating and harrowing’.

She explains: “Both my mother’s and father’s family were affected by the war. My maternal grandmother and her identical twin sister were hiding in Budapest with false Christian papers.

“My paternal grandmother survived Auschwitz but didn’t speak about it much. That was how she coped. She used to tell stories sometimes, but it was very difficult for her to relive so it wasn’t something that I would press her on. 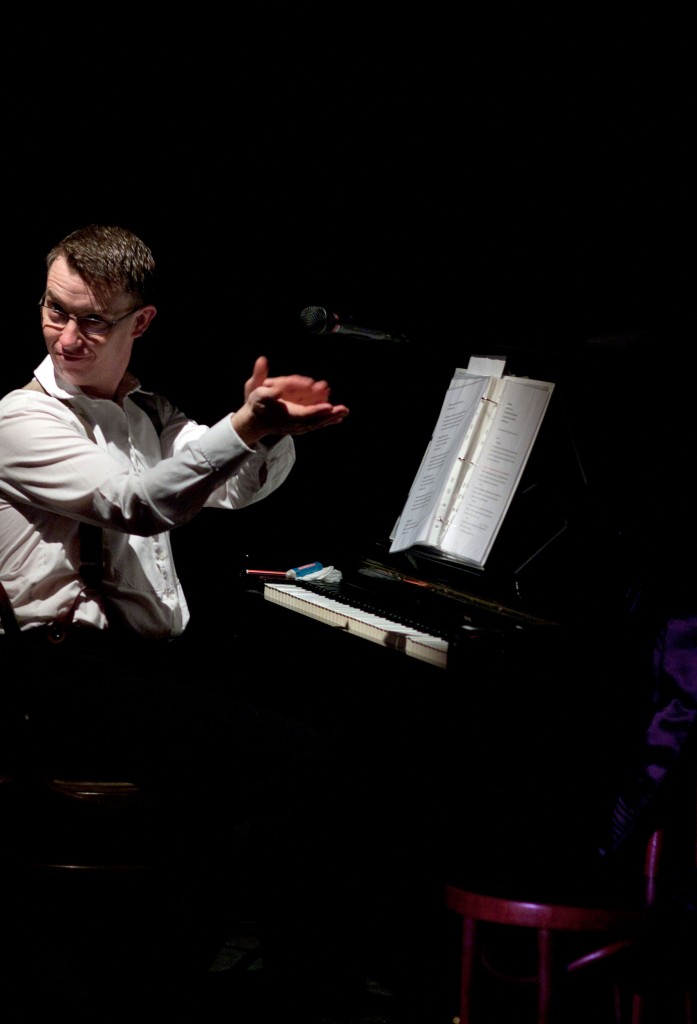 “As a child, I learnt a great deal about the Holocaust in general and as I grew older I felt an increasing desire to really try and understand what they went through.

“This show is my attempt to do that, to bring myself as close as possible to their experience. If I was living in Berlin in 1933, I might have been doing exactly what Erika Stern is doing.”

The show – which is being performed during the New York Musical Theatre Festival – has obvious parallels with Cabaret, with its Weimar setting and female chanteuse, but though Alexis was partly inspired by the show, there are many differences. 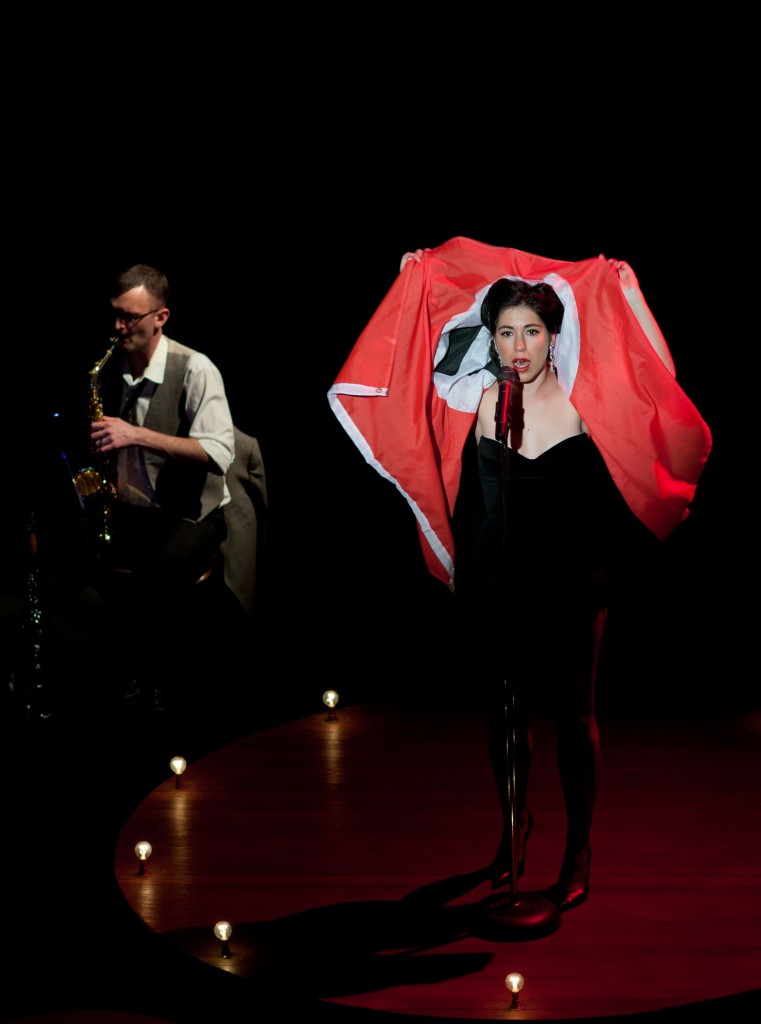 She says: “I was introduced to the film Cabaret as a teenager and it certainly instilled an interest in Weimar Berlin. It was sexy, dangerous and grimy and I loved all that.

“I also found it interesting that a time period that was so liberal, modern, provocative and open could be followed by such brutality, so I was definitely inspired by Cabaret.

“The difference between Cabaret and Der Gelbe Stern is that Cabaret centres around a woman who has no interest or understanding of the political firestorm she exists in. She is on the periphery. Erika Stern, however, is center stage.” 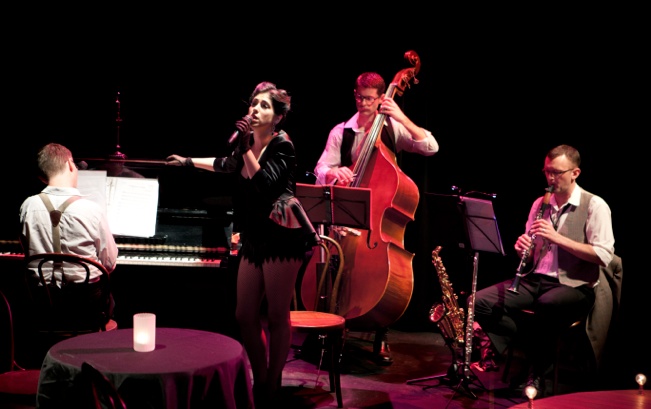 Alexis – an NYMF “Next Broadway Sensation” winner, who is looking to expand the show into a full-scale musical – says Der Gelbe Stern also tells a Holocaust story from a unique perspective.

She says: “The show exists in real time – the final hour that this woman spends on stage. The Berlin audience of 1933 and the New York City audience of 2014 are one and the same. So, in essence, you are watching a cabaret but as an audience member, you are an integral part of the play too.

“It’s a unique concept. This is one woman’s final night on stage. It is her last performance. Her last chance to communicate.”

Alexis – who is originally from Sydney, Australia, but lives in New York – says Der Gelbe Stern is ultimately about trying to minimise her ‘ability to dissociate’.

She explains: “I wanted to force myself to truly think about what I would do if I were in Berlin in 1933.

“None of us is immune from tragedy, trauma or hardship, and when faced with the opportunity to do something about the hardship of others, we must. But the show is also about survival, and how we respond in the face of trauma and personal struggle.”